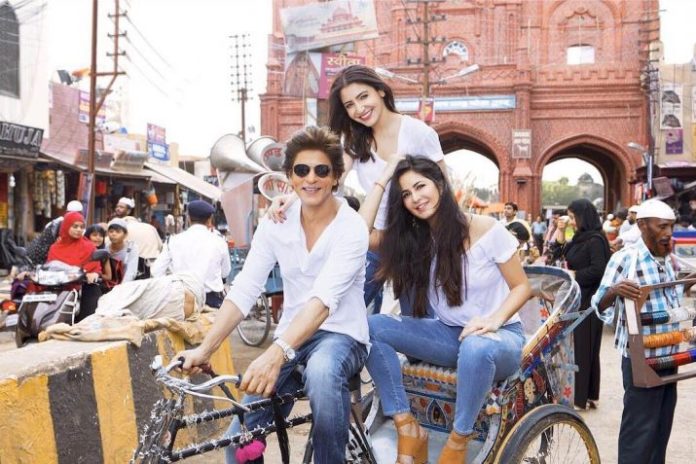 Zero Movie is one of the most anticipated movies where Shah Rukh Khan, Katrina Kaif and Anushka Sharma return for a movie after Jab Tak Hain Jaan. Anand L Rai who is known for his unique work is directing the movie and the speculations among the fans are high. Shah Rukh Khan will be seen in a never seen before avatar of Dwarf. Well, the teaser has helped the fans enough to understand his role. But few roles were still under clouds.

Anushka Sharma is playing a role of a junior scientist in this movie, sources have confirmed. On the other hand, Katrina Kaif is playing the role of a celebrity. She has confirmed that she is not playing Katrina Kaif in the movie but an actress. Well, if that was not enough for fans, a photo recently went viral. Katrina was looking the beautiful Indian bride in the still. Fans went gaga over the photo.

However, the latest news has indicated that Katrina Kaif is not going to be paired against Shah Rukh Khan at all. Guess? Well, she will be paired with the versatile Abhay Deol and the Bollywood beauty will reunite with her Zindagi Milegi Na Dobara costar.

It is all happening in the Zero Movie. However, nothing has been said officially, but the movie has already created enough buzz. The fans will definitely wait for more from the sets. The movie is expected to be released during Christmas Vacation of 2018.

Independence Day Resurgence -Here is why India Scene was not included