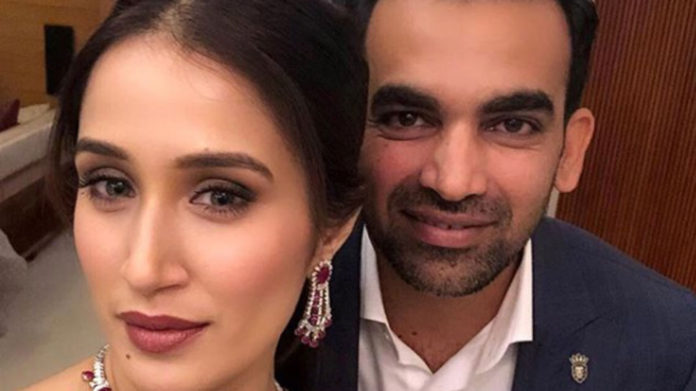 Zaheer Khan Sagarika Ghatge went to Mahalaxmi Temple in Kohlapur, the hometown of Sagarika. Even though the couple remained tightly lipped of their visit, fans took pictures of them and shared it on social media. Without any doubt, the photos spread like wildfire.

But, the new trend of the social media followed them with a bunch of trolls and hate comments especially for Zaheer. People commented on his religion and did not spare the authenticity of his religion. He was even termed as “Zaheer Kumar” for visiting the temple. This has become very common for the celebrities as people mock and trolls others for anything they do.
Zaheer Khan Sagarika Ghatge tied the knot on November 23 through low profile registered the marriage. Few parties followed after that with the close members from both Bollywood and Cricket team. Zaheer and Sagarika both said before that they had the support of their families for the marriage as they believe that marrying the right person is more important than marrying from the same religion.

Trolls can follow people but we wish that the happiness and prosperity follow the newlyweds as they enter into a new phase of life.

Zaheer Khan Sagarika Ghatge marriage is yet another example of Cricketer falling in love with the Bollywood beauty. Zaheer Khan was one of the most successful fast bowlers of team India. Sagarika Ghatge, on the other hand, worked in the movie like Chak De India and Fox.

Here are the photos of the couple visiting the Maha Laxmi temple in Kohlapur.