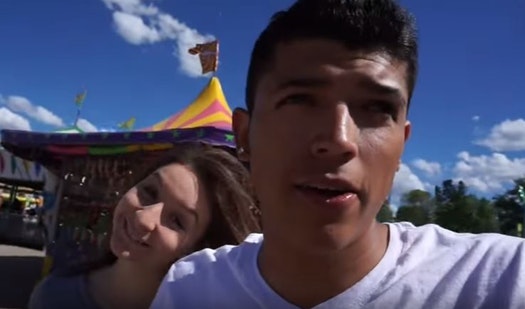 YouTube video stunt can create huge applause and larger traffic. YouTube has remained one of the major sources of fame and money for the young people. It was nothing different for Monalisa Perez and Pedro Ruiz. The couple came together in numerous videos and thought of having a better idea to attract more videos. So, they planned a YouTube Video Stunt. Nobody would have thought that it could be fatal for Pedro.

Things changed for this Minnesota Couple forever on Monday night. Pedro Ruiz III held an encyclopedia with a tough cover on his chest and stood around 30 meters away from Monalisa. She was the one who was holding a gun and fired the bullet at the book. The stunt was planned and they just underestimated the power of a bullet. The bullet pierced the book and the future of the couple. She has been charged with second degree murder by the court.

Monalisa Perez is just 19 and she is pregnant with her second child. She tweeted from her account before the incident that they are ready for a dangerous video stunt and she hinted that it is the idea of Pedro, not her. Well, things have changed for her. The YouTube Video Stunt has gone so wrong that she is landed in jail and lost her young boyfriend of 22 in one of the most idiotic stunts ever. 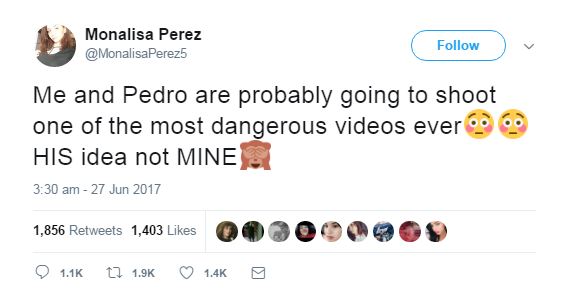 This is not about Monalisa Perez and Pedro Ruiz; it is about many young men and women who rely on YouTube and other social media to become famous.

There is no shortcut for success and nothing precious than life.