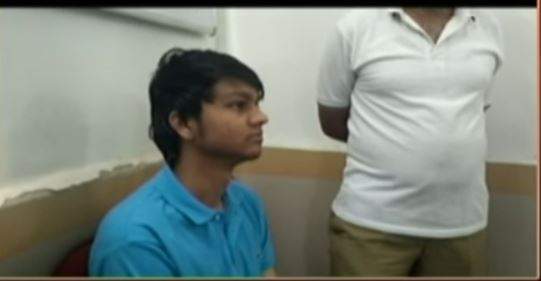 Youth accused of killing the mother in Mumbai has reportedly confessed to his crime in open court. The reports say that the son said that he has killed his mother in cold blood and are ready for the punishment. The Police said that according to the law, the son of a Police Inspector is ready to confess his crime in front of the Magistrate. The Police has also concluded the investigation and enquiry and has not sought the police custody. He has been sent to the judicial custody till the next hearing on June 16 to Arthur Road Jail.

The young accused of the killing mother has reportedly told that his mother used to scold him in front of his friends and has always scolded him for poor marks in the examination. He has even told that he did not like his mother and killed her to avenge. He stabbed her multiple times and then wrote a message with her blood. There is saying that even the brutal has a soft corner for his own mother but if the accused has killed his mother, then he is probably more than a psychopath, he is barbaric. He drew an emicon out of his dead mother’s blood, and that is the most heinous and horrific thing one can imagine.

The role of his father is also under probe. The father of the accused said when he came from duty, he saw the gate is locked and he waited for long. His phone calls were not answered and he then found the key near his house in a tub. When he opened the gate, he found his wife lying lifeless, in the pool of blood. He then contacted the police. However, the incidents do not really match with the records, reports say. It has been reported that his said duty off time and the actual time off time is different and is nowhere closer. He left for his native place for a funeral after the death of his wife. However, his role is under the scanner and all angles are being probed now.