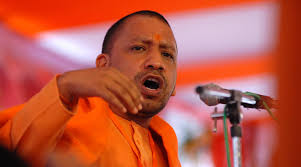 Yogi Adityanath, the newly elected CM of UP has open another secret weapon from his bag. Yes, the CM of UP who has hardline image in the media has remained defiant from all the negative news and decided to jump into activities from day 1. Yogi has now directed all the cabinet ministers that none should use the red becons in the car. This has been done to promote VIP less culture in the Uttar Pradesh.

The Chief Minister of UP has now made sure that the he takes everything under his control. He has even met the Police DGP of UP and asked to submit the blueprint for better policing in the state within 15 days. The blueprint would also have the inputs from the district level police administrator. He has even gone hard at his own party MP and ministers and asked them to submit the detailed report of the property and assets in no more than 15 days.
His strong stand and his pro-active nature has already impressed few sections of the media. However, the past non-secular image of the Yogi Adityanath may go against him but not at least UP. He enjoys huge popularity in Gorakhpur and in the rest of UP. However , he may not be liked by the minorities.

The reports of BSP MP Mohammed Shami getting killed by goons have already been seen as the first failure of BJP in the State. However, Yogi Adityanath has spoken to the police regarding the murder and expressed grief over the incident and started the hardline approach for the better policing.

It will be interesting to see how the new UP emerge from the leadership of a Mahant of Math as the Cheif Minister of the most populous state of India.

UP Polls 2017 – Why BJP has high chance of winning