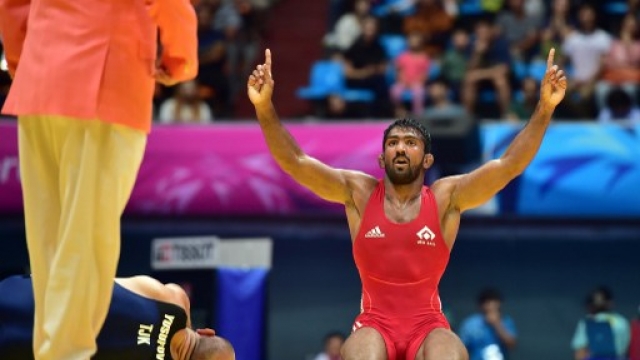 Yogeshwar Dutt Bronze Medal turned Silver for the London Olympics 2012. He now joins the other wrestler Sushil Kumar for the Silver Medal. Even though Yogeshwar Dutt failed to win his first bout in Rio Olympics 2016, but his Bronze turned silver.

The Silver Medal Winner Late Besik KuduKhov who died in a car crash in Russia was tested positive for the dope. The results of the dope tests are recently out and he has been tested for Dope and his medal got cancelled. Kudukhove was four time world champion and the bronze winner in Beijing Olympics 2008. He died at the age of 27 in a car crash in Russia.

But he was not the only one; the Gold Medal Winner Artur Taymazov of Uzbekistan of 120 KG has also been stripped for performing on enhanced drugs.

For 60 Kg category Yogeshewar Dutt Bronze medal will turn to silver and his opponent of bronze medal match Ri Jong-myong of North Korea will be awarded bronze.

It cannot be celebrated but yes after disappointing performance in Rio, Yogeshwar Dutt bronze medal turn may give the wrestler some good news.

Udta Punjab Online Leak – Why Censor Board should be the...

Kashmir Unrest – Government interested to talk, but not with everyone