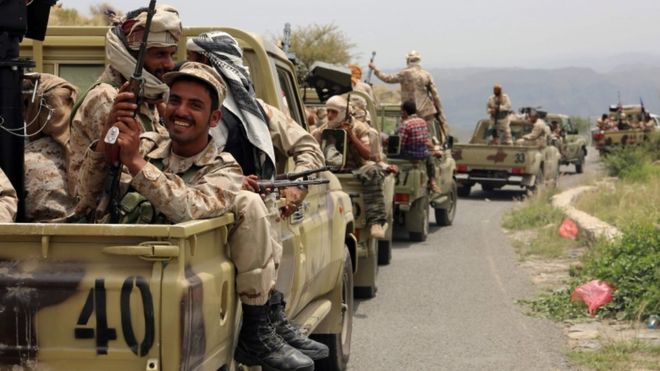 Yemen Army Camp Suicide Attack has left the world wondering. The suicide attack took place in Aden of Yemen where a car bomb was plotted in the army camp. So far, 40 people have died due to the blast.

Yemen has been going through immense turmoil and the attack on the Army Recruits just give the glimpse of the devastation. The Yemen Army Camp Suicide Attack took place when the attacker took the car straight to the area of the army camp. The initial figure of the attack was 11 but the hospital has confirmed that the death toll has reached 60 so far as many wounded have succumbed to the injuries.

Aden is the temporary base of the Yemen Government which is backed by the Saudi Arabia. The Port City has witnessed numerous attacks mostly on the civilians since March, 2015. Jihadist groups like Islamic State or Al Qaeda have mostly carried out the attacks. The bombings are considered to gain advantage of the political turmoil in the country. The Yemen Army Camp Suicide Attack is a chilling reminder that what the entire Middle East and African region have become in last few years.

There are still injured people admitted in hospital and the death toll may further increase. So far, since 2015, almost 6600 people mostly civilians have died in Yemen Unrest. No organization so far has claimed the responsibility of the attack.

Zakir Musa Trapped in Tral – Operation is in Progress

Saharanpur Violence: Latest Update and Situation in the Riot hit UP...