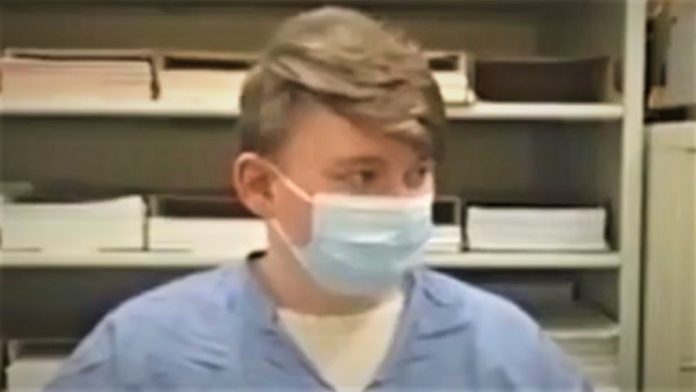 Wisconsin teen kills his infant daughter in most cruel manner possible. Logan Kruckenburg-Anderson, 16, of Albany, is charged as an adult with first-degree intentional homicide and hiding a corpse.

He has allegedly killed his new born infant daughter and left her body inside a fallen tree in the woods of Southern Wisconsin, prosecutors said.

Logan has been kept in prison for $1 million after the hearing at Green County Circuit Court in Monroe.

The criminal complaint said that the little daughter of Logan was born on January 5. His girlfriend gave birth to the child in a bathtub and named her Harper. She gave birth at her home in Albany.

The prosecutors said that the couple could not decide whether to keep the baby and went back and forth. Finally they decided to give up the baby. They spoke about different options such as dropping off the baby or placing her for adoption.

Everyone agreed that Logan would go and get rid of the baby. He was to drop her simply somewhere and Logan left with his new born daughter.

Now, prosecutors said that Logan took the baby to a wooded area in Albany. He then placed his new born daughter on a fallen tree and shot on her head twice. He left the body inside the fallen tree.

His girlfriend’s father called the police seven days later and told that baby was not seen since Logan left with her.

The preliminary hearing of this case is scheduled on January 20, AP reported.