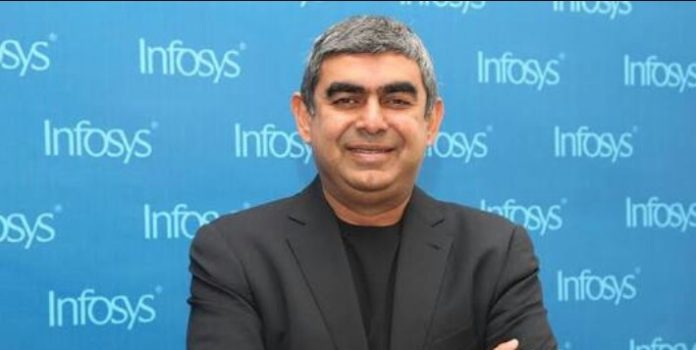 Vishal Sikka has resigned as the CEO and MD of Infosys citing continuous disruption and distraction at work.  The decision however was not a surprise as many investors have indicated their reservations against him.  He has been appointed as the Vice Executive Chairman unti a New CEO is appointed.  Pravin Rao, the COO will be interim CEO and MD.

The decision came after founder Narayan Murthi reportedly told that investors have found of more of CTO material rather than CEO.  His resignation was inevitable but the timing seems to be surprise for many.  His resignation has been accepted by the board with immediate effect.

Vishal Sikka has been in and around the discussion for Infosys for quite sometime now.  His salary was one of the reasons that investors turned against him.  He has communicated that he would ensure smooth transition during this time.

Investors however worried about the stock price after the decision.  The early morning trade has already shown a fall of more than 7.5%. The experts believe that the movement can become even more radical for Infosys as the day passes on.

Vishal Sikka earned almost 46 Crores in Indian Rupees during his tenure in 2016.

GST Protest by Opposition – Is this the most Hypocrite opposition...