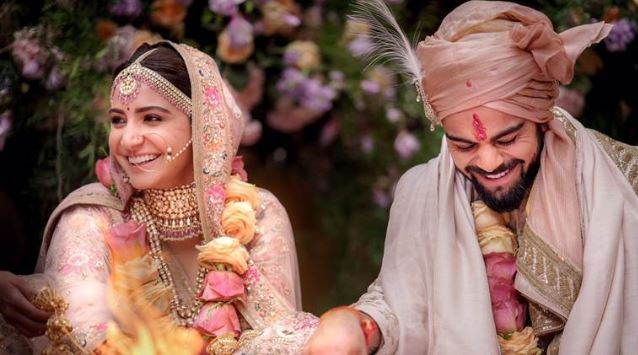 Virushka Wedding finally took place in Italy on December 11, putting all the rumours to rest. Anushka Sharma and Virat Kohli shared the status and photos in the most adorable way to confirm the news and the fans started losing their mind immediately. Good wishes were pouring in from cricketers, movie industries, and fans.

Virushka Wedding was a very private affair. Only close family and friends were present at the venue as the couple tied the knot. The celebrity couple will come back to India and host a party for the relatives on December 21. The party will be in New Delhi. The Power Couple will then move to Mumbai to host the professional friends. The December 26, Party at Mumbai should be a grand affair of celebrities from Bollywood and Cricket world.

The reports of Virushka Wedding was going around since last September, but nothing was official. However, the couple themselves shared their pic of the marriage and gave the fans a visual treat. Virushka became yet another couple from Bollywood and Cricket. The pair of Bollywood and Cricket is very common however very few went to the final stage of marriage. There are few that did not last for long and few are still strong. We hope Virat Kohli and Anushka Sharma have a wonderful married life where they walk side by side.

Here are the first photos of Virushka Wedding.

The Asian Herald Team congratulates the Indian Captain Virat Kohli and the talented and beautiful actor/producer Anushka Sharma on their wedding.