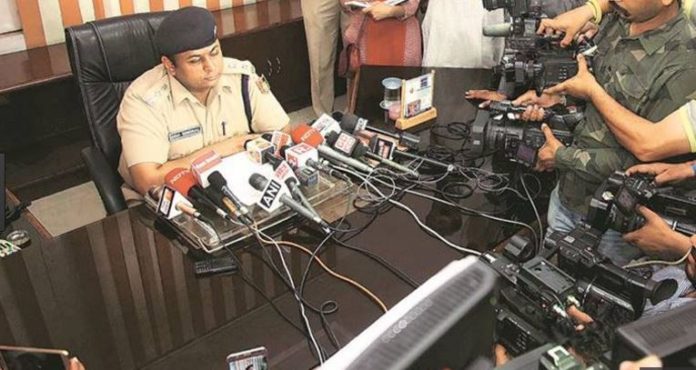 Vikash Barala who is a prime accused in the Chandigarh Stalking case has finally presented himself in front of the Police. According to the reports of TOI, he has been arrested. He was summoned by the Chandigarh Police at 11 AM, but he failed to appear on the same. However, he later presented himself to the Police. The development came after his father and BJP President Subhash Barala said that he would cooperate with the investigation even though his son name is involved.

There are many allegations and controversies in this case. There are many things that can go against the case and can even prove decisive for Vikashh Barala. He and his friends refused to give the Urine Sample that could have tracked the level of Alcohol in the body. It is a fact that there is now no way to establish that they were drunk that night. However, the Police may certainly demand that he was under the influence as he refused to give the sample. The investigation has started and the CCTV footage has been captured. However, there are allegations that the footage has been tempered.

The arrest may be the first step towards the case but there is a lot to do for the Chandigarh Police. The very first thing about the case is the high profile involvement and the alleged influence. The Chandigarh Police has reputation of carrying out successful cases and this could be a stepping stone for the entire country.

If Vikash Barala, who is the accused and son of a Politician who is one of the leaders of the ruling party of the state and the centre, get convicted, then the law and the constitution will win. The country needs such an example if he is found guilty. The law is above everyone and the Chandigarh Police has just taken the first step towards it.

For the uninitiated, daughter of a Senior IAS Officer of Haryana, Varnika Kundu alleged that the Vikash along with his friends has stalked her at night. She said that they tried to enter her car and overpower her as well. However, the Police came to her rescue, she insisted. Vikash and his friends were arrested and were released on bail soon after that.

The Political leaders have made many comments in this case and BJP Leader Babul Supriyo even told that it was a mischief. There are statements that condemned the woman for roaming at night. However, a strong investigation and the conviction would echo a different message and that would much bolder than the statements of the Politicians.