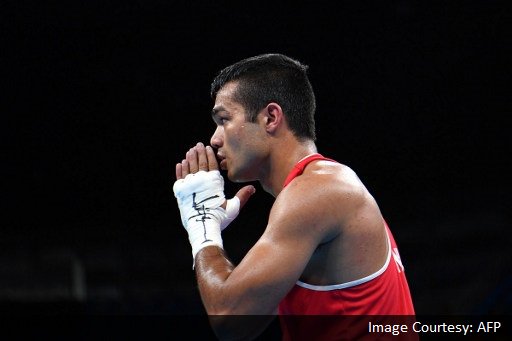 Vikas Krishan who was on a dream run in Rio 2016 was touch unlucky and even he felt the same. Even before the quarter final match when he came against the Bektemir Melikuziev of Uzbekistan, he said that if he wins the match, he would win the Gold Medal. Well, he could not surpass the Bektemir punch. Bektemir is considered as one of the most deadliest boxers now. The Uzbek is known for the aggression and strong punches that often crushes the opponent. Since the name of Vijay Krishan came against the Bektemir, everyone looked nervous in the camp.

However, Vikas Krishan was brave enough to fight him and gave him good fight before crashing out of Rio 2016. He may have won a medal if he would not have faced Bektemir in quarter finals. However, these reasons sound petty and ridiculous at an event like Olympics, but the fact remains, Vikas Krishan was outstanding throughout.

Indian still without a medal at this point in Rio Olympics and PV Sandhu would have to shoulder the responsibility now after Lalita Babar and Vikash Krishan bow out of Rio 2016.

Rahul Gandhi as President – Why Congress has a bigger threat...