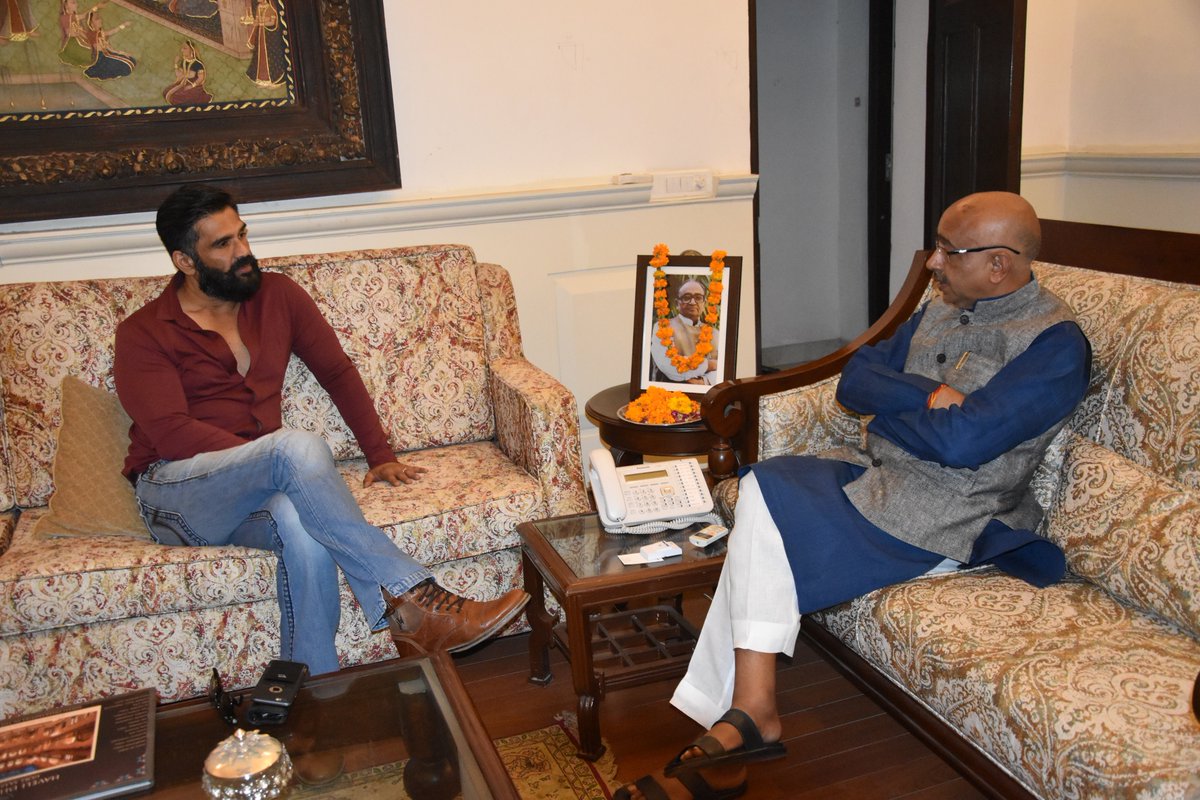 Vijay Goel met Suniel Shetty, the Bollywood star to discuss the Sports Development in the country. Yes, the Sports Minister of India who has already faced major embarrassments in the Rio Olympics 2016, has stirred controversy on Twitter.

The Sports Minister tweeted about the meeting with Suniel Shetty and mentioned that he discussed encouragement and development for Sports in India. This came after Prime Minister Narendra Modi decided to have Task Force for the next three Olympics. However, the Sports Minister has other ideas.
Here is his tweet.

He immediately became the target for the Twitteritis who hardly lose a chance to troll. The Sports Minister of India who previously did many blunders on Twitter has to face the wrath again. During Rio 2016, he mentioned wrong names of the athletes, he misspelled Dipa Karmakar, allegedly took forceful selfies, put banners of him with a small space for the athletes on twitter. He was even threatened by the authority that his delegation would be canceled.

People said that Vijay Goel should meet John Abraham for Football as he was a great player in Goal Movie and Shah Rukh Khan for Hockey as he was the coach in Chak De India movie. People even told that the Finance Minister should also meet Suniel Shetty to discuss the economy.

With no disrespect to Suniel Shetty, the Minister should understand that what message he should give, because he is no longer an MLA of Delhi BJP. He is free to resign and come back to fight against AAP in Delhi. At a time when a Prime Minister is trying to talk about some changes, then the Sports Minister should refrain himself from doing such activities.