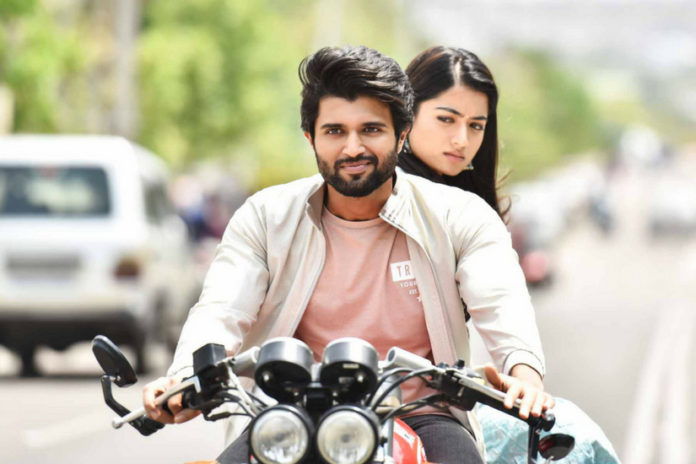 Vijay Devarakonda is one of the Telugu Movie stars who does not come from the famous families. It is not very easy to make your mark as a Male Actor in Telugu Industry as this is dominated by the families of actors and producers. However, that does not close the gate on anyone. Vijay Devarakonda is the name that broke the stereotype and making it happen.

His first movie Arjun Reddy was a mass hit. The movie sent a different wave in the industry and Vijay became a sensation. It is very hard to replace a Mahesh Babu, Jr NTR, Ramcharan or Allu Arjun to become Mass Hero, and Vijay does not choose the path. He is unique and in this latest movie Geetha Govindam, he has remained so. The actor has pulled off a strong performance and his charm continues to woo the audience.

The Geetha Govindam movie has already crossed 50 Crores Gross market and the trade pundits believe that 100 Crores are not beyond reach. He does not do unbelievable action sequences and neither he is a chocolate hero. That makes him special.

He would love to continue the same in his upcoming movies as well. His next movie is NOTA, a political movie. This movie would be released in both Tamil and Telugu languages. Vijay Devarakonda is gaining his popularity among Tamil audience as well and that is probably a reason that his upcoming flick will be released in both the languages. The storyline of the movie is however not yet clear.