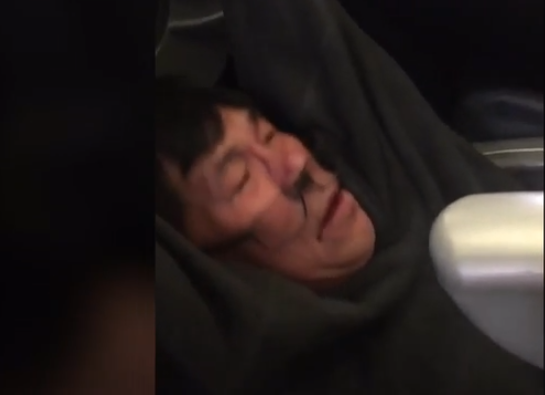 United Airlines is in news for all the wrong reasons in recent past. However, this apathetic incident has raised eyebrows for the customer service of the airlines. A passenger was dragged off from his seat from the plane and the aisle after he refused to relinquish his seat from the over-boarded flight. The co-passengers kept on shouting to stop but the Enforcement Securities were in no mood.

The United Airlines told that as he refused to leave, they had to call the Enforcement Security and he has dragged off. However, the apologetic sentiments and statements have come from the Airlines but it seems to be very late. People have come hard against the behaviour of the Airlines. Many believe that the situation could have been handed better.

It has been reported that the man is a doctor and said that he has some work. The physical assault was recorded by one of the fellow passengers and has gone viral since. The security official who was involved in this case has been placed on leave reported the New York Times. However, the bigger question is the overbooking. We often wonder why overbooking happens, but we are now left wondering why we deal with overbooking in the manner that we do.
The Airlines often go to any extent to sell the tickets. This was not the fault of the man who rightfully bought a ticket and later the United Airlines realized that the flight was over-booked. They picked him to be over-boarded.

The investigation has already initiated for the assault and the overbooking, even though the Airlines has apologized. However, the damage has been done.

#UnitedAirlines should be ashamed of themselves. pic.twitter.com/gupOFc4FTT