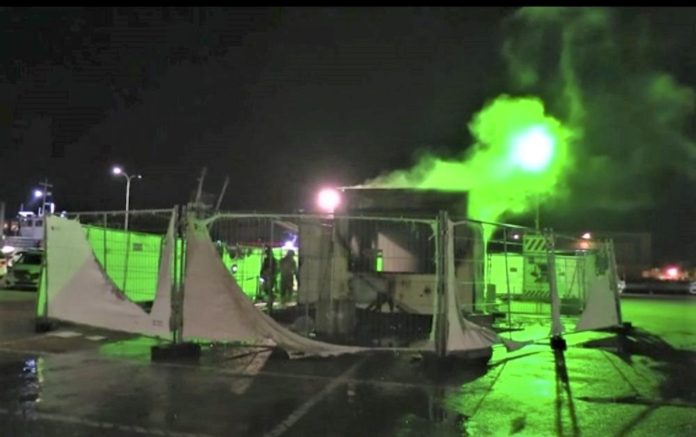 A vaccination center burnt and a lot of other damages were made by the Dutch Anti Lockdown protestors. Rioters have set fires in the Eindhoven city in the southern Netherlands. Stones were pelted at a legally banned demonstration against the lockdown imposed.  Reports have suggested that the police arrested over 50 people. They also used tear gas and water cannons to contain the situation.

In the capital Amsterdam, the protestors gathered around for the banned demonstration on a square that rings around museums. Protestors were even seen spraying the wall of Van Gogh Museum. The police had to battle the anti-lockdown protest for the straight second day.

The situation in Eindhoven looked quite devastating. The central square near the railway station was littered with stones, shattered glasses, and bicycles. The police have warned people to stay away from such protests in the city and warned of strict actions against any violent activities.

Dutch authorities reimposed lockdown to arrest the spread of the strain of coronavirus. So far police have fined more than 3600 people from Saturday 9 PM to Sunday 4:30 PM nationwide. Also, 25 people were arrested for breaking curfew or for violence.

The entire situation has angered the law and order authorities. The police seemingly angry urged everyone to refrain from self-detrimental activities like burning the vaccination center.