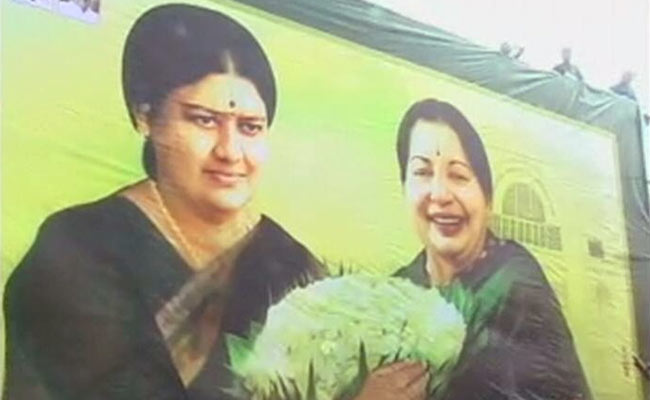 Tamil Nadu Chief Minister O Paneerselvam said that V K Sasikala has agreed to shoulder the responsibility at the Poes Garden where she lives. The close aide of Late J Jayalalithaa was the centre of power since her death and this was about to come. Chief Minister said that the resolution of the party members was handed over to V K Sasikala and she has accepted the same. She would become the new General Secretary of AIADMK after the former chief minister J Jayalalithaa took the post.

Sasikala who is also known as Chinamma will now be the centre of all power in Tamil Nadu and that was also expected right after the death of the Jayalalithaa. She has lived with the former chief minister for long time and she still lives in her residence.

The reactions of the party members who are not in favour of V K Sasikala has not yet come. This will be the first time that she would officially hold any position in the party.

The general council meeting took place today in the morning on the outskirts of Chennai and many resolutions were passed apart from the appointment of a new general secretary. The council has also asked the centre to award J Jayalalithaa the Bharat Ratna and declare her birthday as the Farmer’s Day. A Bronze statue of her was also urged in the Parliament.