Uyghur Extradition Treaty between China and Turkey was signed back in 2017. President Erdogan and Premier Xi Jinping signed the treaty and China ratified it. However, Turkey did not till now.

China has signed and ratified a similar Uyghur extradition treaty with 81 more countries claiming judicial assistance. There are many countries including neighboring Pakistan, Afghanistan, and many other central Asian countries.

Turkey has a huge Uyghur diaspora who have been very active. There is at least 50,000 diaspora in Turkey who constantly attract international attention against the inhuman injustice of China against the Uyghur Muslims in Xinjiang. China denies all the allegations of detention camp horror and claims re-education for the extremists.

Now, the Sinovac Vaccine which Turkey has sought for the population is being repeatedly delayed. China has delayed the shipment again and again and reportedly asking Turkey to ratify the Uyghur extradition treaty first.

In case the treaty is ratified, the Uyghurs who are quite close to the Turks and call themselves part of East Turkmenistan would be vulnerable to Chinese conspiracy. They would be brought back to detention centers and tortured fear many.

However, the unfortunate part is that reports suggest that Erdogan is ready to trade off the Uyghurs and the Turkish Parliament may soon ratify the treaty. 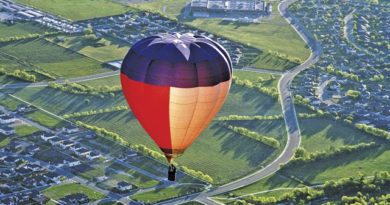 Hot Air Balloon Crashes in Texas – 16 people on Board