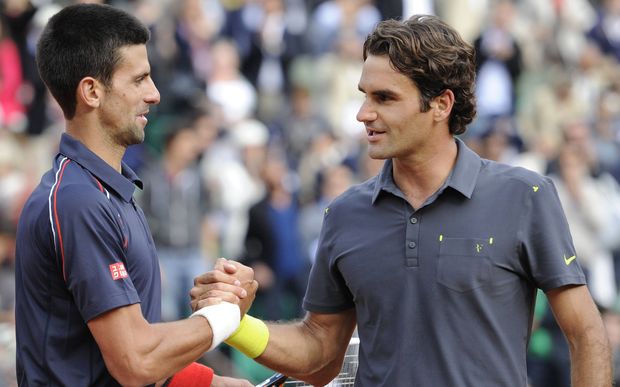 The rain has delayed the match between Federer and Djokovic. Since few years, these two have played many times and the results have mostly swung towards the young Serbian, Djokavic. However, you can never rule out Federer out of the game. The No 2 Tennis player has shown his temprement yet again in this tournament to reach the finals after six long year. Federer has won US Open five times before that.

But will he be able to challenge the No 1, Djokovic? Well, few hours will clear it for all, but as of now it can be said that, this could be the best chance for Federer to break the draught of Grand Slams. He was won 17 Grand Slams so far, most by anyone but failed to win a single in last few years. His form has dipped down and age has started showing the impact. However, that does not mean Roger Federer will lose. A player of his capable can never lose, you have to win a game against him.

This will be 13th time in history when World No 1 and World No 2 will face each other in the final of a Grand Slam and it will be one of the best among them. If the records are closely looked at then Djokovic and Federer have met 14 times in all Grand Slams and 4 times in Final. However, if the US Open history is observed then they have met 5 times. The magnificence of Federer had the upper hand over Djokovic in fast three times, but Djokovic’s defense defeated Federer in the last couple of encounters. Well, the advantage seems to be going nowhere as Federer edges with 3-2 and Djokovic won the last two. However, if the year’s performance is taken, then Federer has lost only one match in the last 24 matches that too against Djokovic in Wimbledon. On the other he has beaten Djokovic in the Cincinnati Masters. However, Djokovic has lost another to Andy Murray in his last three.

It is hard to analyze and predict the results in New York City but the world waits for 18th Grand Slam of Roger Federer and the 10th for Djokovic.

On the other results of US Open Flavia Pennetta has won the Women Singles in her last match. There is absolutely no better retirement one can ever get than this. On the Women’s Doubles, Sania Mirza and Martina Hingis won the Title. Jamie Murray and John Peers lifted the Title for the Men’ Double and Martina Hingis and Leander Paes won the Mixed Double’s Title.

The Men’s Single Final has been delayed due to rain. However, the weather is improving and the much anticipated game can be expected pretty soon.