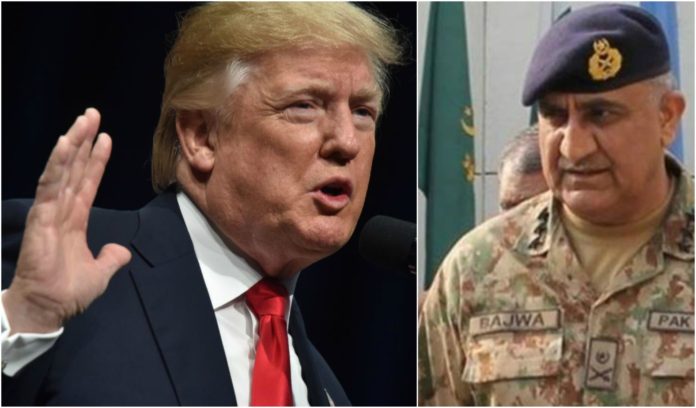 US Military Aid to Pakistan has hit the rock bottom as Washington decides to suspend the $225 Million USD military aid to Pakistan. President Donald Trump tweeted “No More” in 2018 accusing Pakistan of “Lies and Deceit”. Washington clarifies that the aid is suspended until Pakistan takes some decisive action against the terrorism. The US has long accused Pakistan of providing safe heavens to the terrorists that the United State hunts in Afghanistan. Pakistan has hit back saying that they have been a loyal Anti-Terror Ally for the US by providing land, military bases, and intelligence cooperation. In fact, Pakistan counter attacked the US by saying that the US has given Pakistan “invective and mistrust”.

War of Words at one place, but the suspension of the US military aid to Pakistan would have a panicking impact on Pakistan. Pakistan has received over $33 billion USD military aid from the US over last 15 years. However, the credibility of Pakistan’s anti-terror activities is well known in the world. The South-Asian country made the intentions clearer by freeing the Mumbai Attack mastermind Hafiz Saeed who is planning to launch a political outfit to take control of the administrative powers in Pakistan. The US has earlier offered $10 million for the information seeding to the conviction of Hafiz Saeed. The Lashkar-e-Taiba is already a terrorist organization on the US books and the Mumbai attack that killed 166 people in November 2008 was a terrorist attack.

Pakistan has reportedly asked for a cabinet meeting after the suspension of the US military aid to Pakistan but the agenda of the meeting is not clear so far. The US ambassador has also been summoned by the Foreign Office but no clear message has come out so far.

Pakistan’s economy is already kneeling and they have shifted their focus from the US to China who has protected them from mass embarrassment on the world front. Pakistan is hopeful for a turnaround from the ambitious CPEC project, invested by China; however, no realistic economic events can be drawn from it so far.

Suresh Raina is the New Anti National in India

Arijit Singh Dumped – Is Pakistan Responsible for the troubles