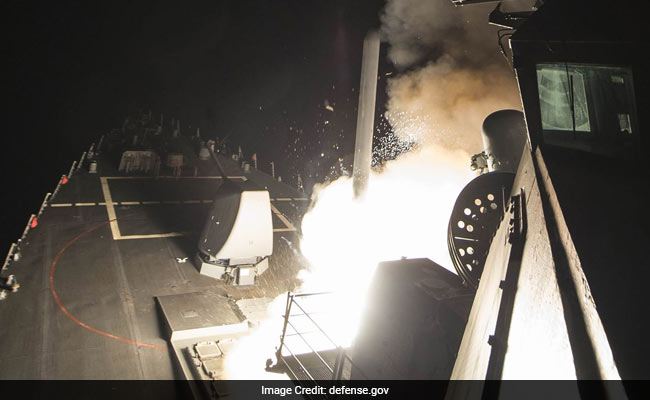 The US Attacks Syria military and air base close to Idlib from where the chemical attacks were originated believed the military experts. In a first direct confrontation with Syria Bashar-Al Assad Government, the White House decided to fight against the Syrian forces and has also appealed other countries to join to stop the manslaughter.

Chemical attacks in Syria killed many people close to 100 recently that faced a huge backlash from the international community. Donald Trump led administration came hard against it. However, this may start a war of a different kind.

Syria Civil War started almost six years ago and it is the first time that the US has directly attacked the Government forces. However, US has provided support to the rebels who have fought against the Government and also fighting against the Islamic State along with the Iraqi fighters. However, the Syria crisis is not that easy. Russia and Iran openly back Syria. Russia has many military camps and often involve in bombings. The attack would bring the US and Russia into direct confrontation yet again along with Iran. Now, these three do not have any good term at all. This might further escalate the situation.

There is a high possibility of a large scale war if the countries do not measure the situation sensibly and maturely. A war of the 21st century can lead to devastation and of course death of millions and even more. The US attacks Syria from the Navy Destroyers and warned Russia ahead who had the camps stationed there. However, it may not work every time and the escalating situation is very well in radar now.

Donald Trump vs James Comey – US President has dented the...

Hot Air Balloon Crashes in Texas – 16 people on Board

Jared Kushner, to be Senior Advisor to White House – But...