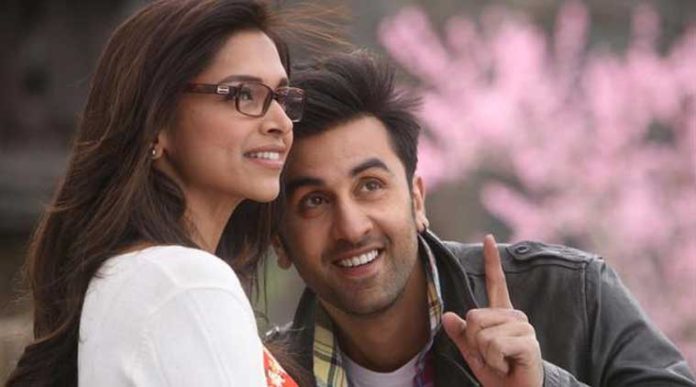 Ranbir Kapoor as Sanjay Dutt has always fascinated the fans. However, he is taking it to the next level. The brilliant actor is leaving no stone unturned to look like him and give a real life fee to the character.
A new image has surfaced leaked from the sets of the Sanjay Dutt Biopic. You cannot recognize Ranbir Kapoor as Sanjay Dutt. The highly ambitious project is being handled by one of the best directors of Bollywood. Raj Kumar Hirani of Munna Bhai and PK fame is working with Ranbir 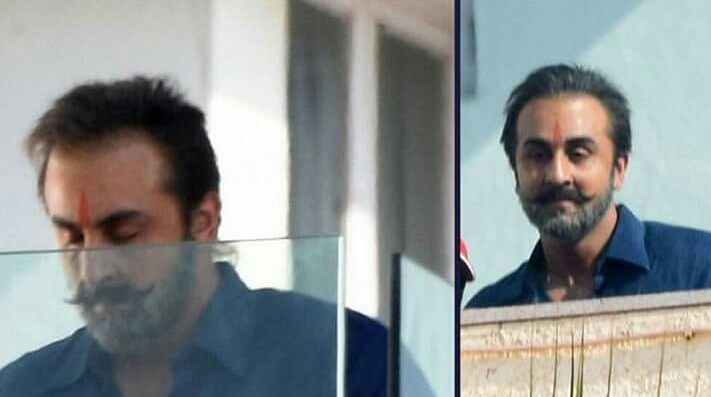 Sanjay Dutt is also involved in this project deeply. It would be a rare occasion when a movie will be made on a Bollywood hero who is still present. Sanjay Dutt initially wanted to be part of the movie and wanted to play the role of his father, Sunil Dutt, suggested reports. However, he is presently helping the director and the actor for this movie.
The movie would hit the screens early next year or at the end of the year. The shooting has already been started and this is the second look of Ranbir Kapoor as Sanjay Dutt. He was spotted with long hair and locks earlier. This was the look of Sanju Baba back in 90s. However, this new look is more modern.
The controversial life that he had , it is obvious to make a Biopic on his life. Sanjay Dutt has come back after completing his prison term from Pune Jail.