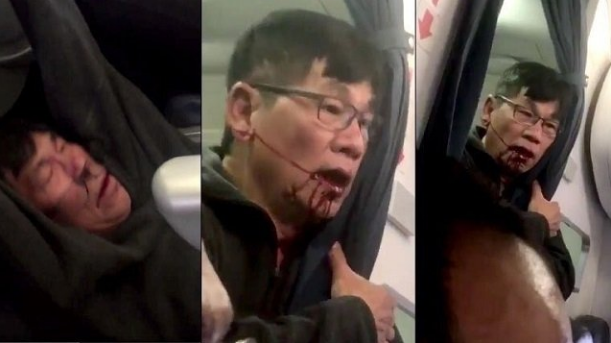 An enquiry was ordered for the same but the details that came from it is shocking and disgust. According to the reports, the police justified the act by saying that David Dao was subjected to Minimal but necessary Force while he was taken off from the flight, although many people that witnessed the assault first hand as well as those that reviewed the camera footage have all urged that David should get in contact with an injury lawyer as soon as possible. The passengers captured the video and it went viral. The force that was used on him was not at all minimal and neither could it have been justified by any mean. His blooding nose and mouth have left the world in shock. However, the reported statement is even more shocking.

The Chicago Tribune reported that the Police Officer James Long lost the control of him as he tried to swing Mr. Dao. The report quotes Mr. Mauricio Rodriguez, an Aviation Police Officer, who said that combative nature of the Vietnamese-American doctor was the reason minimal force had to be used. Mr. Dao apparently refused to get down from the flight as he purchased a ticket for it. According to the version of the Police, the mouth of Mr. Dao hit the arm rest and that caused injury and it was unintentional.

However, the lawyer of David Dao has disgusted the statement. He said that his client faced concussion and lost two of his front teeth due to the attack on United Airlines. The Airlines also refused to apologize and termed Mr. Dao as belligerent, further added his lawyer.

According to the reports, the Chicago Aviation Department is still carrying out an investigation and all the three police officers have been put on leaves.