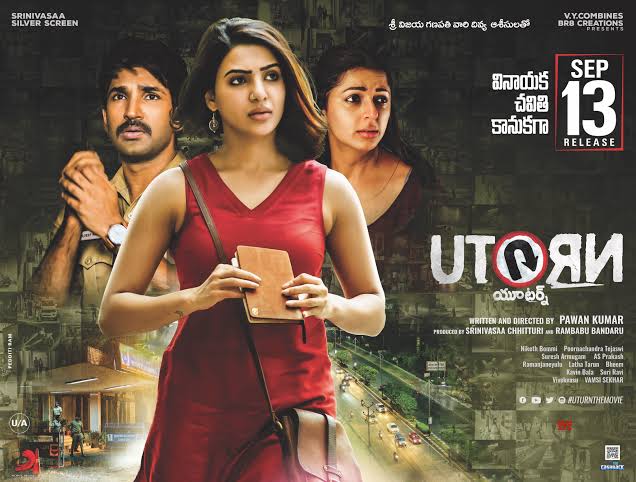 Samantha Akkineni is presently enjoying the good response of her latest movie U Turn. Even though the movie is an adaptation of successful Kanadda film, the actress believes that the theater experience of the larger audience would do great for the movie.

She plays a role of a journalist of the movie. She has evolved as an actress since long and now each of her movie is getting more role oriented rather than glam oriented. In an interview with the Metro Plus, the actress mentioned about the roles of the women in the Indian movies.

She was asked about the actresses like Nayanthara and Jyotika who are more into women centric movie. The U Turn actress was very clear about that. She expressed happiness that such stories are coming and doing well among audience. She also said that the actresses who are doing such movies are inspiring others. Her point of view was very clear as she said that it is exciting time for women in Indian cinema.

U Turn movie is directed by Pawan Kumar and so far the movie has got decent response. It is a mystery thriller and keeps the audience at the edge of the seat. She will be seen in Super Delux with Vijay Sethupathi and Fahad Fassil. Samantha is known for her inclination towards commercial movies rather than out of the box films and she continues to hold the notion. She believes that commercial movies are more watched and that is the aim.