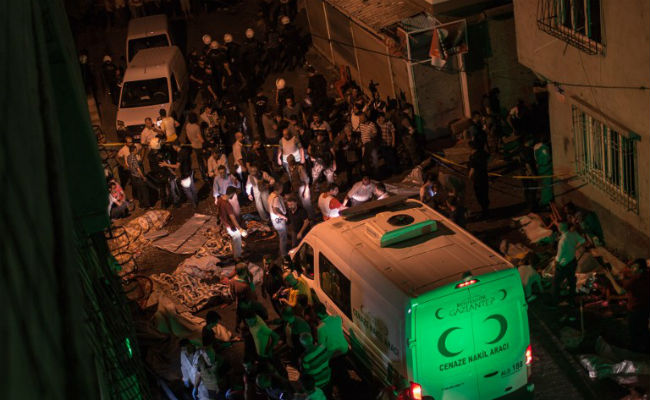 Turkey Wedding Attack is the latest attack on the NATO member that has left almost many dead and injured. The horrific incident took place in the Gaziantep town near the Syrian border. The attack was carried in the wedding function and it was directed at the civilians.

Turkey is struggling ever since the attempted coup tried to throw the democratic government. The coup failed and since the democratic government has been the subject of many the human right violation. But the latest Turkey Wedding Attack is a just reminder that Turkey needs to fight the terrorism and the extremism right before anything. The previous toll said that at least 22 people killed in the suicide bombing, but the latest death toll is 30 and it may also increase. The Turkey Wedding Attack has also injured 94 people.

Turkey attacks are normally blamed it on the ISIS or Kurdish fighters. However, the indication is on ISIS more prominently this time. Gaziantep is located close 60 KM away from the Syria border and has majority, Kurdish residents. There is little possibility that Kurdish people will do this. However, no official statement has been released. The government officials have informed that it can be Daesh or ISIS but nothing is confirmed as of now.

Qandeel Baloch killed for Honour Allegedly By Her Brother