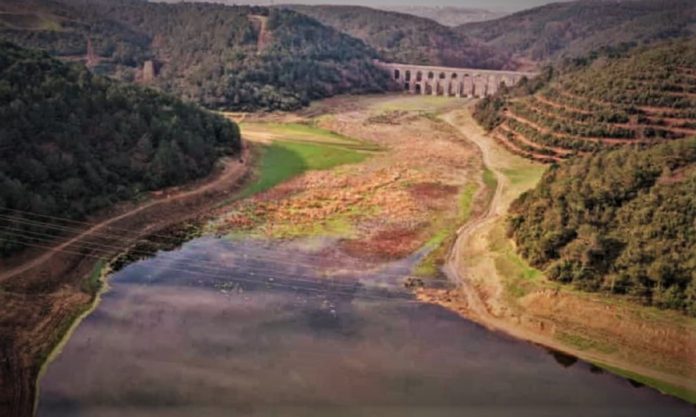 Turkey drought has hit the country hard. The water level is gone below the average level now. The dams are getting empty pretty fast. In the next few months, the entire country could go without water. However, Istanbul may dry in just 45 days.

Turkey has suffered poor rainfall last year. Istanbul is a city of 17 million people and the chemical engineers said that depleting water in dams is a cause of huge worry. Mansur Yavas, the Ankara Mayor, said earlier this month that the city has 110 days of water in dams and reservoirs.

As far as other cities are concerned, Izmir and Bursa are equally suffering. The two biggest cities after Istanbul have 36% and 24% capacity left in the dams respectively, according to the Guardian. The wheat-producing areas have warned of crop failure as well.

Turkey is officially a water-stressed country. It has just 1346 cubic meters of water per capita. Since the 1980s, the country has suffered several Droughts.

However, the authorities never really did anything about the Turkey Drought , if you hear the water management experts. Instead of controlling the demand for water, they built dams and reservoirs. The fast economic growth, climate change, deforestation, lack of environmental control has made things worse for Turkey.

Even after several decades of warning, the authorities have opened the agricultural and forest lands to urban development.

After the drought condition became severe, the authorities have asked the religious leaders to pray for rain.

Well, all Turkey can hope now is rain which does not seem likely anytime soon though.