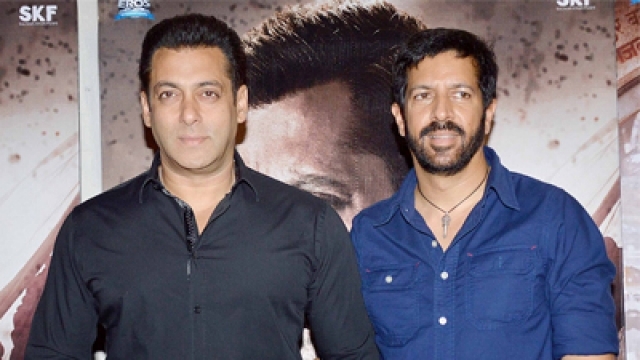 Tubelight Movie – After the acquittal from black buck poaching case, Superstar Salman Khan is all set to star shooting for his upcoming venture with director Kabir Khan. Sources close to the actor has revealed that Salma Khan will portray the role of a ‘Man-Child’ in the upcoming movie ‘Tubelight’.

The actor will be seen such a special role for the first time in his career. As per reports, Kabir Khan is closely working with the scriptwriter to bring sensitivity to the film. The movie would be based on the backdrop of Indo-China war in the year 1962. Salman Khan will portray the role of an Indian man who falls in love with a Chinese woman.

As per reports, Earlier Kabir Khan has signed Deepika Padukone to play the character of the Chinese Women who is Salma Khan love interest. but later due to non-availability of dates, Deepika Padukone opted out of the movie. It is speculated that the movie ‘Tubelight’ will be shot in Ladakh. ‘Tubelight’ is Kabir Khan’s third movie with the actor after ‘Ek Tha Tiger’ and ‘Bajrangi Bhaijaan’.

Deepika or Kylie who wore it better ?