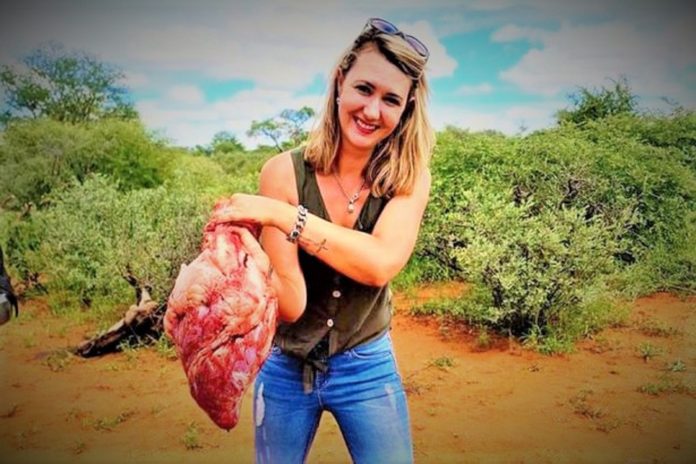 Trophy Hunting has always been sickening for everyone. However, Merelize Van Der Merwe, 32, has gone beyond everything. The hunter from South Africa killed a giraffe, cut the heart out, and posed a photo with it. She then went on to post that on Facebook and captioned, ‘ever wondered how big a giraffe’s heart is?” Well, that is not it, she plans to use the skin of the animal as a rug.

It has created a huge uproar. Her husband spent a lot to make it possible for her in a game park. Merwe however said that hunting in South Africa is saving many other species.

A hunter from the age of 5, Merwe has killed up to 500 animals that include lions, leopards, and elephants. She claims that hunting saves animals from being extinct. In fact, she says that people who talk about protecting them are the ones responsible for the extinction. She said that these people are mafia. According to her, the hunting created jobs for 11 people on that day and meals for the locals.

“If hunting is banned, animals will become worthless and will disappear. Hunting has helped bring back a lot of species from the brink of extinction. The only people protecting these animals are trophy hunters.”

It was her childhood dream and her husband arranged it. This was her best valentine’s day gift, she claimed.

Many claim that trophy hunting and boasting the heart of the poor animal is a next-level psychopath.