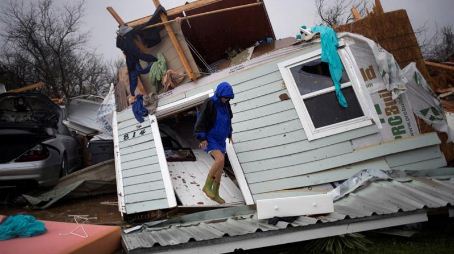 Texas Insurance Law has created huge confusion and agony among the people who are already suffering from massive and disastrous flood situation due to Hurricane Harvey. About a week ago, few rumors started spreading that Texas Insurance Law has changed for the claims for the damages caused by floods. Floods can cause structural damage to homes as well as ruin the personal belongings of homeowners. From sofas to appliances, clothes to structural walls, these can all be damaged by a flood. Homeowners can opt to use water damage restoration in Fontana, or wherever they may live, but with changing laws, it was speculated that homeowners may have to pay for these repairs out of their own pocket. The law has been already passed and signed by Governor Greg Abbott.

All of the rumours are true! Yes, but none of these are correct!

The fact is that the laws have changed and it was signed by the Governor on May 26. There are two sections that have changed during this regard and it is not a hatched conspiracy.

First, let’s talk about the change in law.

The first provision that got changed now comply with the claimer to inform the insurer to inform 61 days prior to moving to the court. So, a claimer whose house has been damaged by the flood has to provide a statement of the cause of damage, alleged amount of claim and the fees of the attorney as evidence to the insurer. This would be treated as evidence if the claimer goes with the civil or alternative action of settlement. This rule has been changed for a situation like an earthquake, wind, storm, tornado or any other natural calamity. Texans who experience damage to their homes due to severe storms or intense winds may want to reach out to an austin roofing company to carry out any necessary repairs.

The second law change is even more specific. It talks about the claim threshold. This law change would now bound the jury of providing attorney fees to the claimer. So, if the person who sought for the insurance, get at least 80% of the claimed amount on court, then the fees of the attorney would be covered by the Insurence company. However, if the amount is less than 20%, then the attorney fees will not be covered.

If the law changes are noted then it should be very clear that the Texas Insurance Law changes are not meant to hatch a controversy against the flood victims. This is basically a try to discourage people from taking the route of Judiciary and adopt the out of court settlement. This is different altogether. Flood victims should still be encouraged to reach out to local experts to help resolve the property damage issues, such as Water Damage and Roofing Round Rock for instance in the Austin area.

However, if you are receiving the message to claim the damages before September 1 in order to get the benefits, then you can relax, as there will be no change in the existing process apart from the two.