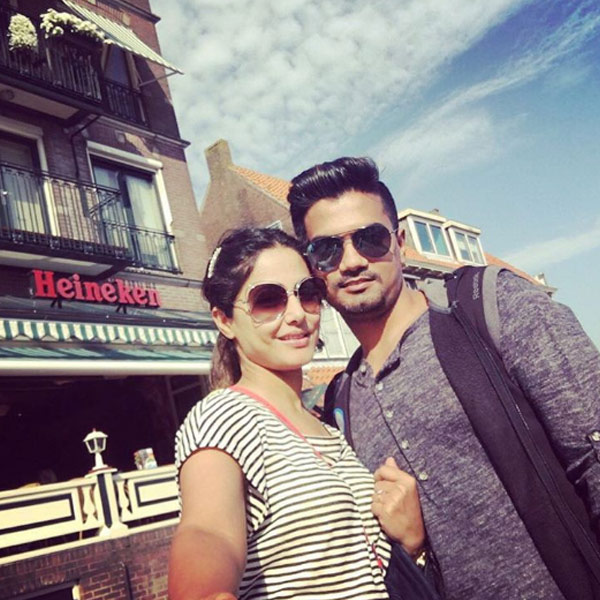 This pretty lady recently posted some pictures on her official Twitter handle with the loveliest quote accompanying them. Have a look at them below:


Awww! We loved the pictures and the way you said it all Hina. She even changed the cover of her Twitter profile to that of a romantic click with her rumoured beau, Rocky.

Have a look at it below:

While there have always been rumours of her dating the ex-supervising producer of her show, Jaywant Jaiswal aka Rocky, she never confirmed or denied these rumours. There were also reports that said she was planning to tie the knot by the end of this year which were never commented upon by either of them.


On the professional front, there were rumours that Hina Khan had become a tantrum queen on the sets of her show with which she has been associated since it started. And, her co-actor, Karan Mehra also left the show due to serious issues with her. But, all seems to be going well now. If the latest reports are to be believed then Karan Mehra will soon be seen in Bigg Boss Season 10 alongside his on-screen son, Rohan Mehra who is said to have also quit Yeh Rishta Kya Kehlata Hai to be a part of Bigg Boss.