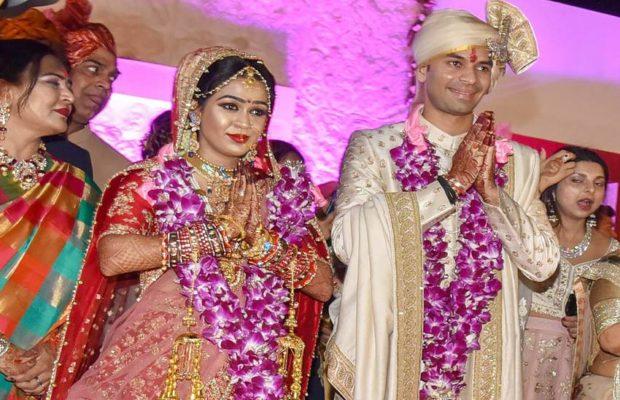 Tej Pratap Yadad has filed for divorce from Aishwarya Rai. The duo got married only in May this year. However, the eldest son of RJD leader Lalu Prasad Yadav has filed for divorce in Patna Civil Court under 13 (1) (1A) of Hindu Marriage Act. If divorce is what the couple have decided on, it may be for the best. Although it can be a stressful time in anyone’s life, with the assistance of professional lawyers like peters and may, knowing that you have someone on your side can make the divorce process a lot easier to handle. It is important to remember that things change in life and you can’t always predict what will happen. You just have to think about the positive side of everything.

The couple got married five months earlier and it was termed as one of the biggest political marriage in India. Even Bihar Chief Minister Nitish Kumar was present during the marriage ceremony. But the marriage did not last long.

Tej married Aishwarya on May 12 as at least 10000 guests came to bless the new couple. Aishwarya Rai is the daughter of senior RJD leader Chandrika Rai. There have been news of distance between sons of Lalu Yadav. The younger son, Tejashwi Yadav , has been given the command of the party while Tej has been ignored. This has reportedly created a rift between the two. RJD is trying to get a good results in the upcoming Parliamentary election. However, this divorce might turn ugly and a rift may get created between the leaders of RJD with Lalu Yadav family.

This is a developing story and it shall be updatedThere have been many reports that have emerged since the news of divorce has come out. However, not all are trustworthy. It has been reported that there was a family that came across as early as 15 days after the marriage. Things took ugly turns after that and a divorce has been filed. Some local reports have also suggested that Yadav family is in denial mode about the separation.
Tej Pratap was visibly excited for the wedding and it could have been a big reason for the divorce believe many.