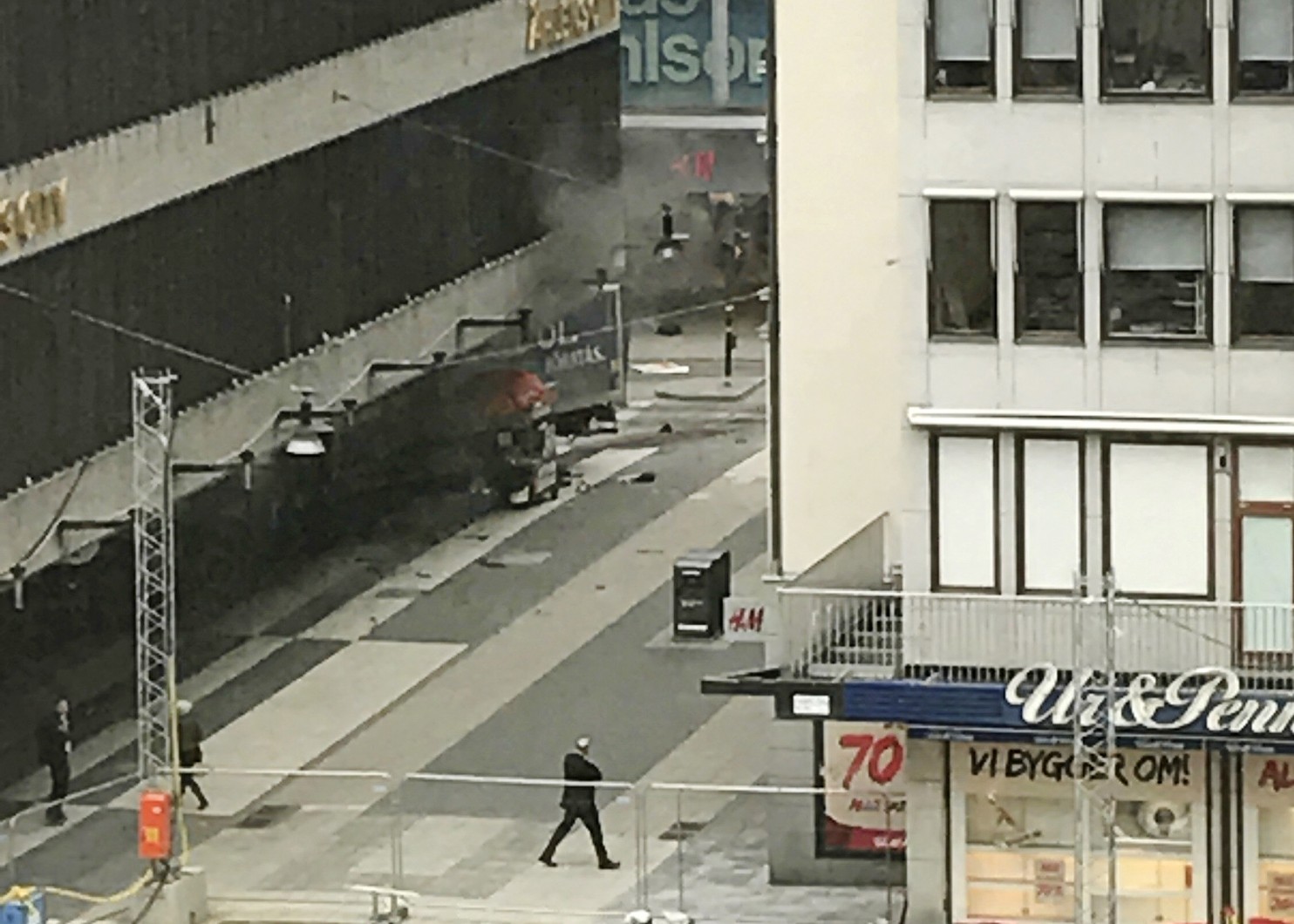 The Police has released the photo of the suspected attacker. However, no immediate proof has been gathered. The death toll has increased to 4 for the attack and the total number of wounded is close to 12. Two arrests have been made so far in the context, but nothing has been officially confirmed.

In an apparent Terrorist attack, a stolen truck was used to kill at least three people in Stockholm. The reports have emerged that the truck ran into the department store in the motive to kill people.

There is blood everywhere along with injured and dead bodies in the store. The high smoke is still visible on the street. The panic people are running everywhere for shelter. Sweden has been a peaceful place but the attack similar to the other attacks in France and UK, appear to be the Islamic Terrorist attack in the country. The Police are on high alert and investigation has already started.

The attack took place at around 3 PM local time. The automatic locks were triggered and the customers were inside the store when the stolen truck rammed into the store. The TT Agency of Sweden has confirmed as per the Washington Post that the truck belongs to the Spendrups, a brewing company in Stockholm. The truck was stolen while offloading yesterday. An unidentified person went into the cabin and drove away during the offload.

Terrorism is appeared to be the most probable reason behind the attack. However, no angle is ruled out as of now. The country is on high alert and the security agencies have been deployed in various parts of Stockholm. People have been advised to stay indoors and have been suggested to follow the Police follow up on the incident.

No more clue has been found out so far regarding the Sweden attack so far.