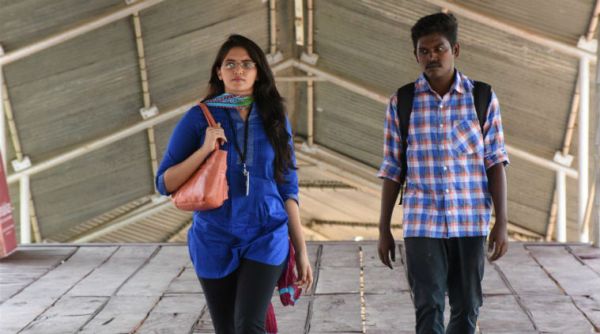 Swathi Kolai Vazhakku has stirred controversy in Tamil Nadu months after the Ugly Swathi Murder Case. A director decided to make a movie on the most controversial murder case of Chennai. S Swathi was allegedly stabbed to death by accused Ramkumar in broad daylight at the Nungambakkam Railway Station of Chennai. The investigation is still open but the main accused has allegedly committed suicide in the Jail. The case took many turns and it was one of the most high-profile cases of India.

However, director Ramesh Selvan believes he understood the entire plot. He said that he has spoken to many people including the family and friends of the victim and accused, the investigation team and others before coming up with the script. He might have written a well-bound script but what it shows in the Trailer is all controversies that were never answered. He used the name of the characters, places, and events exactly same as the true incident in the movie and never sought any permission from anyone. Well, he has defended himself by saying that the movie is made to raise awareness about stalking. Honestly, Swathi Murder Case has more ugly truths apart from the staking. Apparently, Swathi Kolai Vazhakku has been made in the view of the stalking but it does include all the investigation.

The case is yet to be solved and practically, Ramkumar was never convicted by the court of the murder of Swathi. He did not confess either in front of the Magistrate. So, basically, the director has missed all these valid points and went ahead with the emotions.

The Swathi Kolai Vazhakku trailer fails to impress but the movie may create more confusion and more questions in that case rather than creating any awareness. However, the parents of S Swathi understand the issue better and have already filed a petition to stop the screening and release of the movie. They have objected that the permissions were never taken so the movie cannot be released.

It is still not clear whether the movie would do anything at the box office but it has once again raised the questions that remained unanswered.