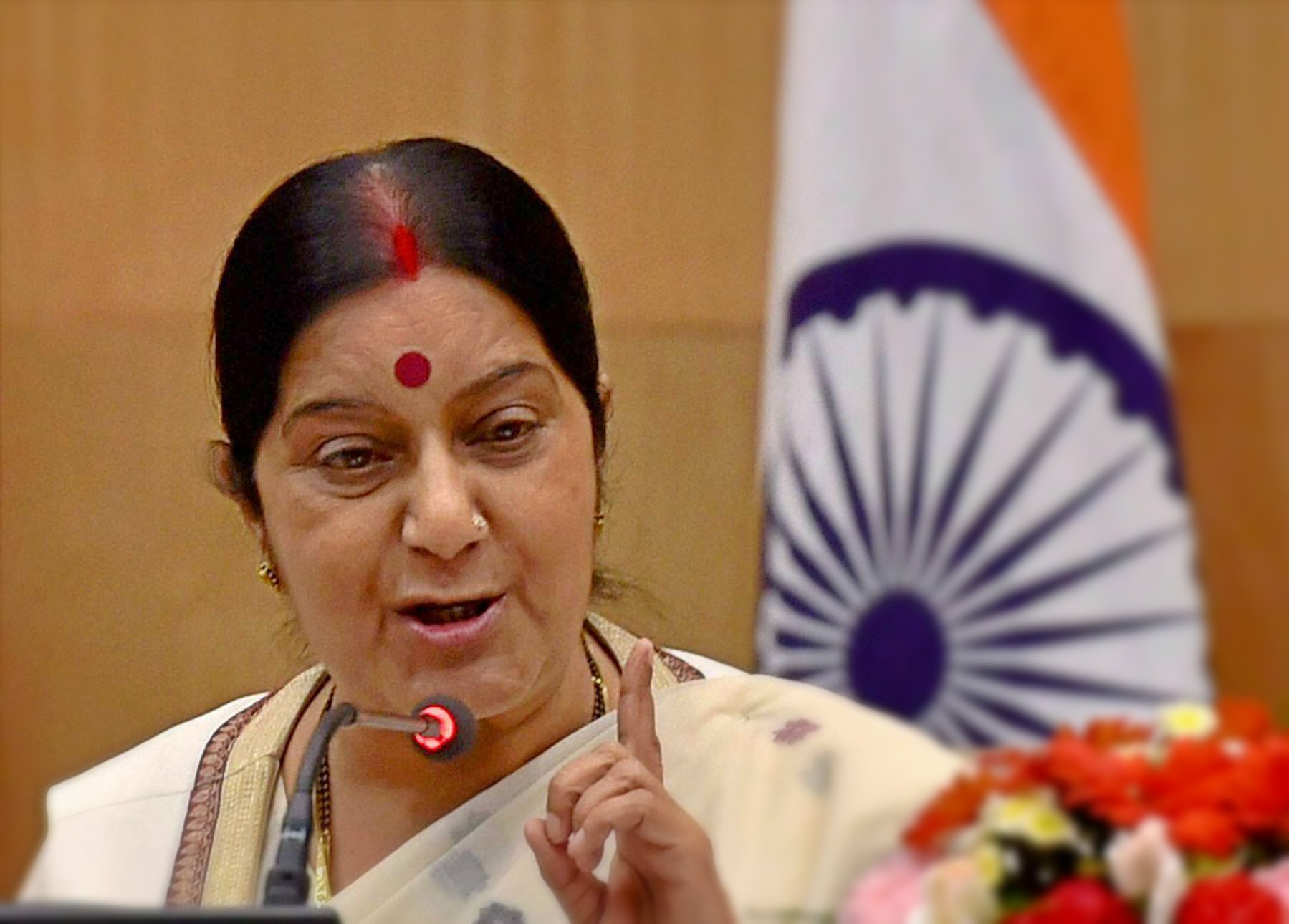 On Saturday, Indian External Affair minister, Sushma Swaraj slammed Pakistan for encouraging terrorism in Kashmir. She accused Pakistani Prime Minister Nawaz Sharif of interfering in India’s internal matter. While briefing a press conference about the safe home return of Judith d’souza who was rescued from Afghan Taliban, Swaraj said that Pakistan is day dreaming that Kashmir will join them one day.

Along with Minister of State for External Affairs, M.J Akbar and Minister of Development of North Eastern Region, V.K Singh, Sushma Swaraj blasted at Pakistan and said that Pakistan will not get Kashmir till the end of eternity. The strong statements came from Indian external affairs minister after the Pakistani Prime Minister tried to instigate the violence in the valley after the killing of Hizbul militant Burhan Wani by the Indian security forces.

Pakistan called the killing of Hizbul commander as extrajudicial killing of Kashmiri leader and tried to create a controversy at international level. Sushma Swaraj also asked Pakistani Prime Minister to withdraw their forces from the Pakistan occupied Kashmir as she claimed that the entire Kashmir belongs to India.

Road to Raisina – Ram Nath Kovind is different than others

Oppo F1 Plus Review – Premium Phone but how effective it...