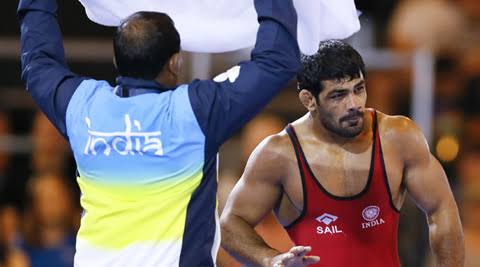 Sushil Kumar Yadav may miss the Rio Olympic. His name has not been included in the probable list by the WFI or Wrestling Federation of India. The IOA or Indian Olympic Association has already confirmed the news. However, the issue is not something new and plenty of debate has already been done on the same. Sushil Kumar Yadav has won two medals for India in Olympics. He has also booked his place in the World Championship in Las Vegas. However, he insisted that right candidate should be selected on the basis of trial and he is demanding the same. The WFI has so far not intended to take that seriously and has been seen dragging their foot from the entire episode.

The authorities say that the proud Olympic medal winner has won medals in 66 KG weight category in wrestling. However, due to the recent changes in the rules, he has been moved up and has to fight under 74 KGs. Even though there is no doubt about his capability, but it is believed that Yadav has not done much in the new category. The authorities also hinted that he has not practiced enough and his major achievement came in 2014 Commonwealth Games. He has however won a Bronze Medal in World Championship in Las Vegas in 2015. It is believed that Narsingh Pancham Singh has been seen as more competent than Sushil Yadav at this stage.

Sushil Yadav has however chosen to remain matured and said he should better prepare for the trials. He also said that he said enough on this matter and would focus on his game.

Sushil Yadav is considered as the best Grappler in the world in his category. He has won Bronze in Beijing Olympics in 2008 and Silver in London Olympics in 2012. But will he travel to Rio Olympics? Well, a question that needs time to get answered.