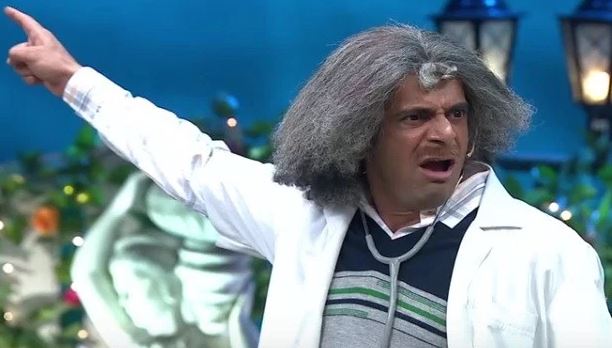 The Sunil Grover Show may be launched suggest the reports that come from the insiders. It is believed that Sony is not at all happy with Kapil Sharma. Forget about signing him more or give a pay hike, The Kapil Sharma Show may soon become history.

However, the channel is keen on investing on Sunil Grover instead. If the rumours are to be believed then Sony is planning for all new show with Sunil Grover as lead. However, no official decision or name has been decided.

The reports say that Colours has already approached Sunil for a new show. But Sunil hasn’t really signed anything. Dr. Mashoor Gulati and Rinku Bhabhi are the characters that have copyright of Sony and the channel may reinvest on these characters with Sunil as lead.

It may be the worse time for Kapil Sharma but if that happens then it can get worst. Ever since the mid-air Controversy has taken place where Kapil reportedly abused and hurled a shoe at Grover, things are not same for Kapil and Sony. The ratings and the audience have drastically reduced. It has been reported that guests are not really coming on to it. Chandan Prabhakar, Ali Asgar have also left the show along with Sunil Grover.

However, there is no less popularity for Sunil who is continuing to enjoy a lot of fan following after the incident as well. No one has officially confirmed the news. The media houses have approached Sunil Grover, Kapil Sharma and Sony for the development but no official statement is expected at this point of time.

Justin Bieber in India – Why it is the Biggest of...