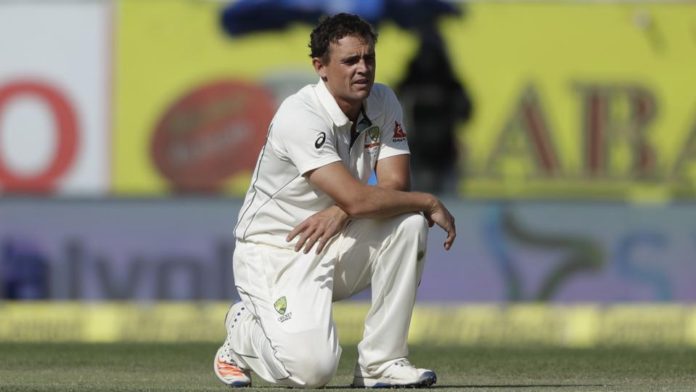 Steve O’Keefe has been banned from playing the domestic competition of limited overs for this year by New South Wales. The decision was taken after the player was found guilty of the offensive outburst.

He has also been fined $20000 by Cricket Australia for the unruly behaviour. He was under the influence of alcohol and showed unprofessional and unethical behaviour. The incident took place at a party after the Steve Waugh Medal Presentation in Hilton Hotel Sydney.

Steve O’Keefe has admitted to the wrong doings and said that he was intoxicated and there is no excuse for the incident that happened in the party. He also said that he has taken the full responsibility of it and accepted the punishment. He further added that he would try to leverage the benefits of the counselling program to improve in the tough times, said the ESPN Cricinfo.

This is not the first time that has been found in the alcohol related offence. Last year, he was fined $10000 after an incident in a Sydney Bar. He was also served an infringement notice by the NSW Police. O’Keefe then changed everything for him as he came to the India tour and performed extremely well in the high voltage series. Even though Australia lost the series but the Aussies were very competitive and Steven was one of the big reasons.

However, after this incident, the future of O’Keefe looks bleak for Australia. He was never regular into the team, and once you get into something like this, there is hardly any chance from where you can pick up again. However, the Cricket Australia shall decide the selection of him in the National team.

Rod Marsh Resigns as Chief Selector – First of Many for...