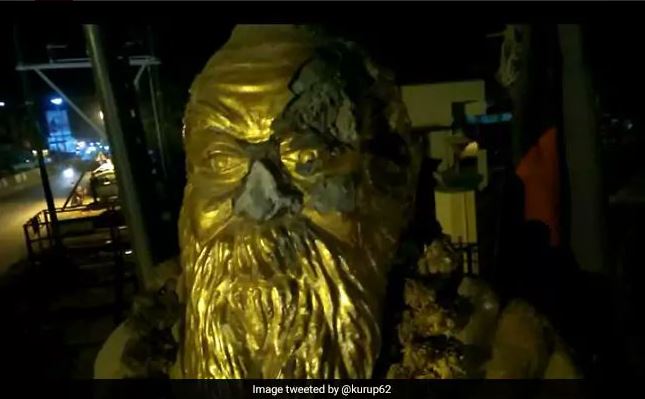 Statue Vandalism has become new political rivalries in India. Soon after the triumph of the Tripura Election, alleged BJP workers vandalized the statue of Vladimir Lenin, a communist leader. The communist leader’s statue was installed in Tripura, during the 25 years communist government in the state. But as soon as the government was toppled by BJP and alliance, the vandalism started; alleged the Communist party members. They said that the offices of the communist party were also attacked. The point is, should it be aligned with the BJP? Well, the BJP leaders were very quick to condone it, in fact, one from Tamil Nadu said that the statue of Periyar. 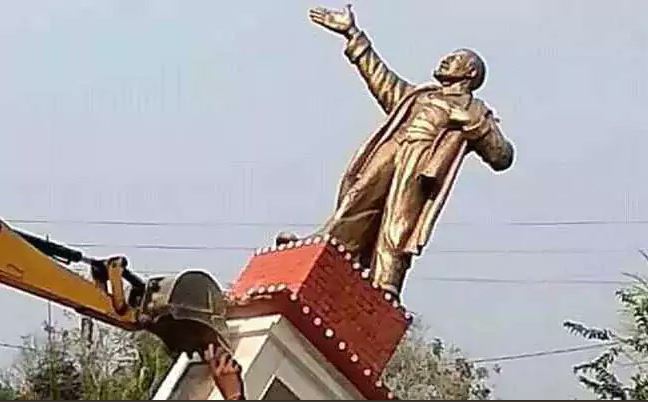 The aftermath was as ugly as it could have been. Yes, the Periyar Statue in Vellore was attacked soon after that. The statue was partially damaged. Some then attacked the local BJP office in Coimbatore with petrol bombs. Once, Raja, a senior BJP leader supported the idea of Statue vandalism, the situation started worsening in Tamil Nadu. The hooliganism started to take political advantage and BJP offices were also attacked. 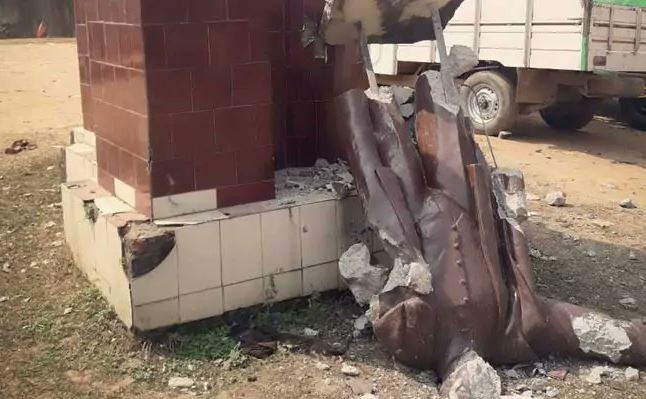 Before, any conclusion can be drawn; another Lenin Statue was razed in Tripura today. The vandalism started to take the form violence and even before the BJP could officially assume the office in Tripura, vandalism is open in the streets of Tripura. The BJP leaders were unfazed and in fact condoned the vandalism, stating Lenin was a foreigner and his statues should be removed. 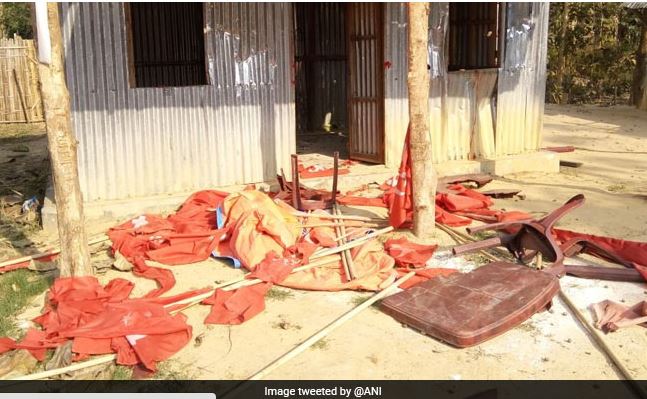 Well, as it says, Politics is dirtier than you can imagine, SP Mukherjee or Shyama Prasad Mukherjee’s statue in Kolkata was vandalized today. Of course, BJP condemned this barbaric act, but they forgot that vandalizing anything is against the law. The Statue Vandalism should be immediately stopped. All the people involved in it should be punished under the law, and all those who are provoking should be booked as well.

Prime Minister, Home Minister have spoken against it and asked to take strong actions.

But will the central Government set the example and take actions? The hope is bleak as the statues are being razed in the name of Nationalism, and the democracy is losing its grip. It is not about the Left or Right ideology, it is about the law and order, and nothing is above it. The democracy, law and the country is suffering in the battle between Left and Right.