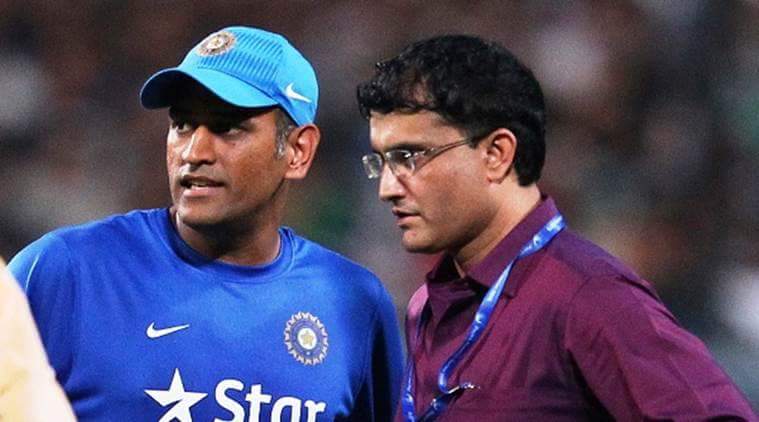 Sourav Ganguly on MS Dhoni has brought many reactions in past but the former captain and CAB President keeps on talking about the current captain. Former Indian Skipper Sourav Ganguly has stirred a controversy by stating that he would be surprised if MS Dhoni continues his captaincy tile 2019. In an interview, Ganguly said that It is up to the selectors to let Dhoni continue till next world Cup or to prepare somebody else for the role. Ganguly also maintained that India needs Dhoni’s guidance in limited over formats but for next World cup, the selectors need to look at the future.

Further in his interview, the Former Indian skipper said that “MS Dhoni has successfully led the team for nine years which is a long time. But does the current captain have the capability to lead India for next four years in World Cup 2019?

Ganguly further added that “Every country plans for their future captain and the selectors now needs to answer that if they see MS Dhoni’s captaincy three-four years down the line.”

The former Indian skipper seemed to be very impressed with Virat Kohli’s performance as a Test Captain. Praising the Test Captain, Ganguly said that Kohli has met the expectation and his performance is getting better with every match. He is the attitude on the ground and his consistence has been surreal.
However, that does not mean that the comments of Sourav Ganguly on MS Dhoni were demeaning the contribution of the Captain Cool. While concluding his interview, Ganguly said that he does not have any disregard for MS Dhoni, He is one of the greatest captains India has ever produced.

Sunil Gavaskar has also responded to the comments of Sourav Ganguly on MS Dhoni and has differed to completely agree with CAB President. Following the controversy, Indian cricket veteran Sunil Gavaskar Said that Kohli must not be rushed into captaincy despite his splendid batting performances in recent matches. Gavaskar added that He should be given time to grow and learn in his current position.