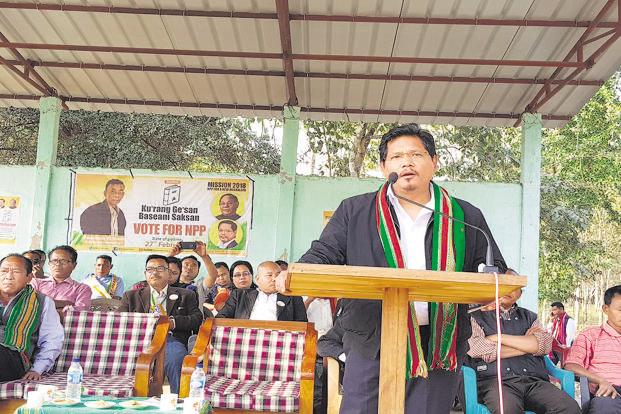 Cornard Sangma, the newly sworn in Chief Minister of Meghalaya is known for his capabilities and efficiency. The NPP leader made a dramatic turnaround in the Assembly Election and was selected as the Chief Minister. In the 2013 election, his party could only manage 2 seats, and five years later, NPP was standing with 19. Yes, he had to stitch in the coalition to form the Government, but the turnaround for the party has been remarkable. NPP or National People’s Party has a coalition with UDP or United Democratic Party, People’s Democratic Front (PDF), Hill State People’s Democratic Party (HSPDP) and the BJP.

His father, PA Sangma was the founder of the party and after his demise in 2016, he took over. He has the degree of BBA and MBA from University of Pennsylvania and Imperial College, London respectively. The cadres believe that Cornard Sangma has his own charm. He is approachable and at the same time he can keep the flock together. Every party that has come together will have their own agenda and running the show wouldn’t be that easy. But, his cadres believe that if someone can do, he is Cornard Sangma.

BJP has played another masterstroke to keep the Congress lonely again. Even though BJP managed only 2 seats in the state, it is part of the Government. Congress emerged as the largest single party in the Meghalaya elections, but like Goa, Congress would have to warm the opposition. The trend of no support to Congress clearly indicates that the Third Front is not too far and Congress is just breaking apart.

F16 to be Made in India – Lockheed Martin Inks deal

Gauri Lankesh Murder – Celebration of killing is black spot to...