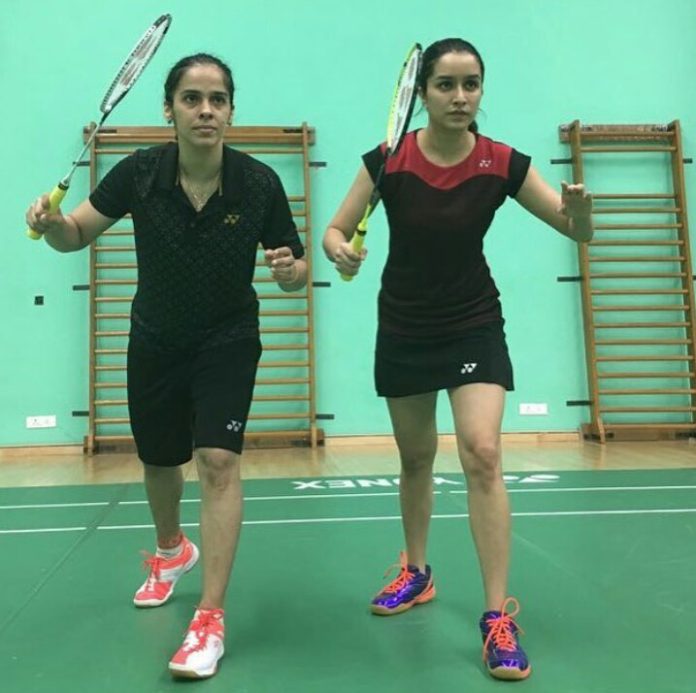 Shradhha Kapoor is ready for a biopic and it is for none other than India’s very own badminton sensation Saina Nehwal. Well, there has been no official confirmation on the release, date and schedule, but the badminton star Saina and actress Shradhha Kapoor are giving enough hints about the biopic.

Today Shradhha spent a lot of time with Saina who was practicing in the Gopichand Badminton Academy in Hyderabad. Saina Nehwal even posted a photo with her and mentioned #Biopic. Well, she is of course excited and is providing enough details on her life and others. She mentioned that a lot of badminton tips are given to the actress Shradhha so that she can play a role of a badminton player perfectly.
Bollywood has suddenly fall in love with the biopic of the sportsperson and Saina Nehwal is the latest to join. We already have biopics of MS Dhoni, Sachin Tendulkar, Geeta Phogat and others. Interestingly, they have tasted success as well. This has become a good formula, but it has to be seen, how, Saina will be portrayed in the movie.

Meanwhile, Saina Nehwal has returned to her home base of Hyderabad after she decided to come back to Gopichand Academy to prolong her career.
Shradhha Kapoor is spending time with Saina for some days now and their similarities have raised the expectations of the fans. Here are some of the photos that Saina Nehwal has posted.

On the work front, Shradhha is gearing up for her next release Hasina Parkar.

Find out the similarities here. 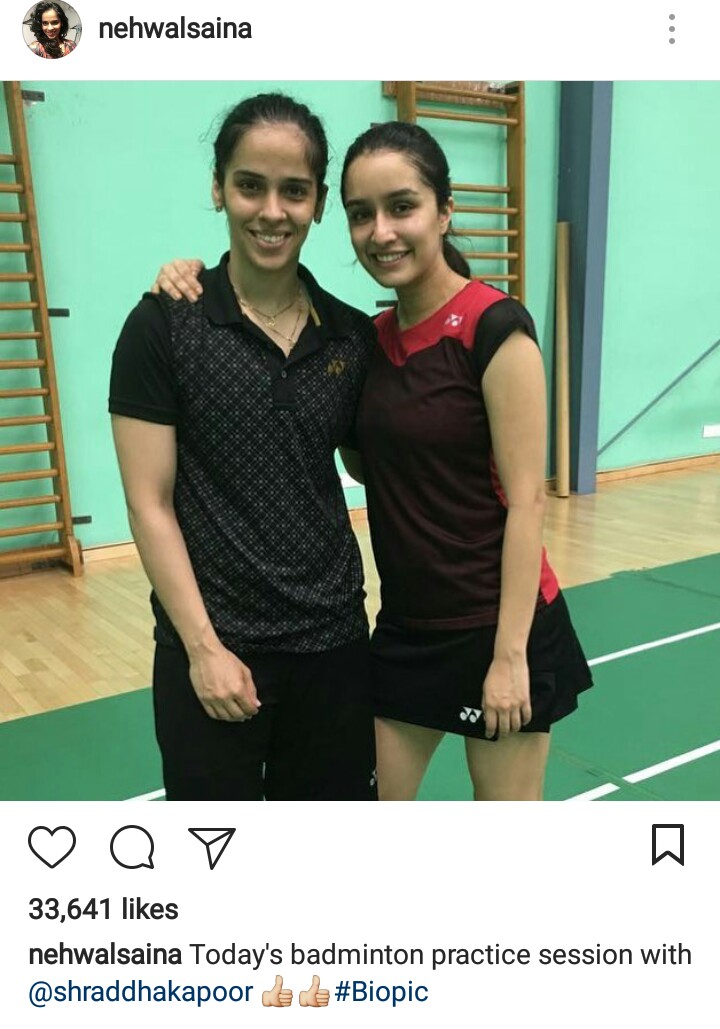 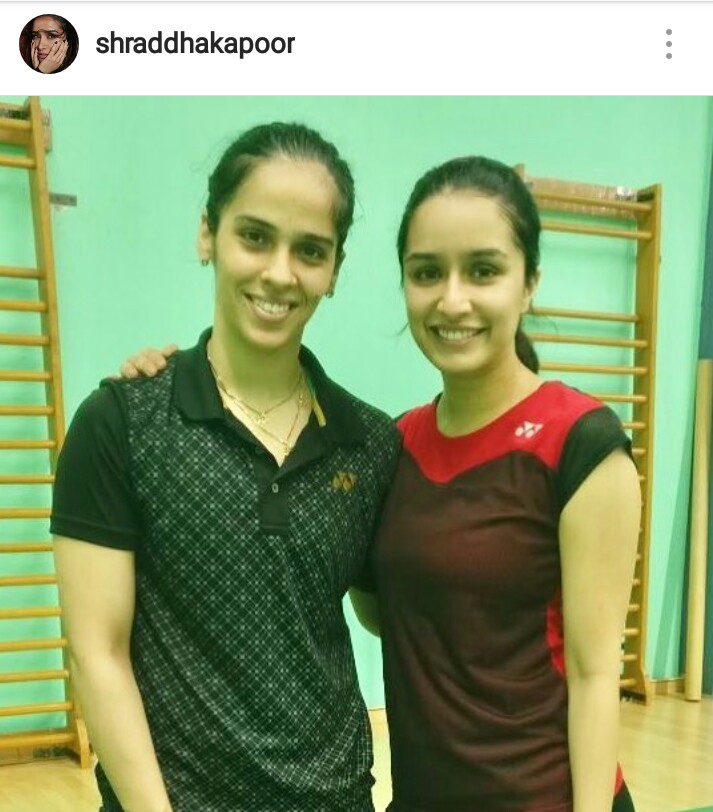 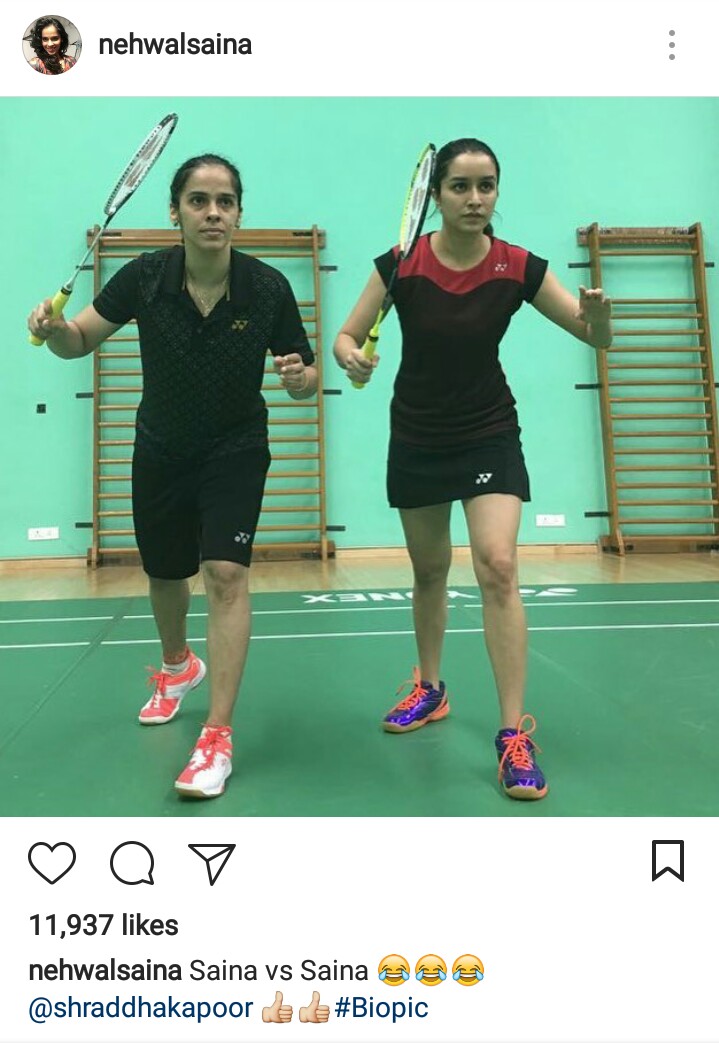 SRK and Gauri Walk Free and Unnoticed in London

Makers Of The Film Force 2 Have Come Up With A...