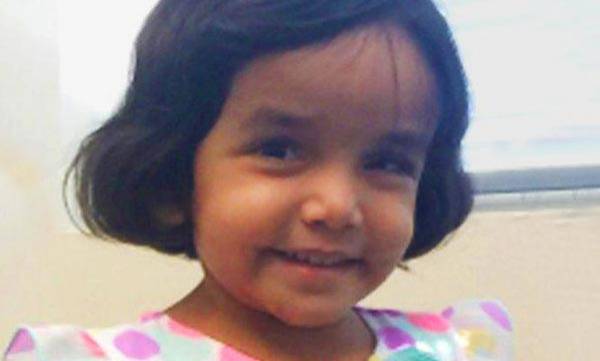 Sherin Mathew case from Richardson near Dallas has become a talk of the town since her father has been arrested. An IT professional, Wesley Mathews has confessed that he took the dead body of the child as she died due to choking while drinking milk. Police have rearrested him after he changed his statements once the body of the girl was found out. He said that the kid died due to choking and he threw the lifeless body of the child in the culvert. The investigation is still going on and many believe that there are even more ugly truths in this case. The Police has already informed that more arrests can be made in the Sherin Mathew case.

However, the question that is arising now is for her mother. Sini Mathews claimed that she is suffering mental trauma after the death of Sherin and has no role in her death. She through her lawyer said that she was sleeping in her room when the entire incident happened. Even though there are obvious questions about the involvement of her mother, but her lawyer has expressed concerns on her mental trauma that she is suffering.

The Police has not made many statements so far on the involvement of anyone else. So, the mystery is yet to be resolved, unless the Police Department finalizes the charge sheet against the culprit, Wesley Mathew.

The 3-year toddler was found dead in a culvert in the outskirts of Richardson and her father confessed of shifting her body there after her accidental death. Well, it cannot be immediately said whether her death was accidental or it was a cold blooded murder until the investigation closes.