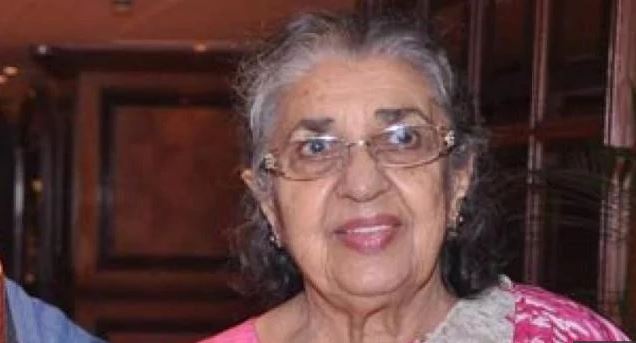 Shammy Aunty of Bollywood passed away at her residence. The veteran actress was suffering from serious illness in recent times. She breathed her last at her residence with her family by side reported media. The beloved actress was a popular figure as Aunty, elderly mother, granny in Television and Movies. In fact, she was known as Shammy Aunty. She was married to filmmaker Sultan Ahmed for seven years before getting divorced.

It has been reported that Shammy Aunty was unwell for quite some time. She had a natural death at her Juhu Circle home. The last rites are being organized and it is expected to be done in the evening at the Oshiwara cemetery. Her original name was Nargis.

She was seen in many movies playing the supporting roles. The Train, Purab Aur Paschim, Daata, Dharam Kaata, Coolie No 1, Hum Saath Saath Hain and many more. However, she became a common face for her roles in the Televisions. Dekh Bhai Dekh, Srimaan Srimaati, Kabhi yeh Kabhi Woh were few of her popular drama serials, mostly sitcoms. She was last seen in the movie Shirin Farhaad Ki Toh Nikal Padi.

The Bollywood personalities have paid their respects to the actress. Condolences have poured on Twitter. Amitabh Bachchan was one of the first actors to share the news of her death. He even penned down beautiful words for the beloved Shammy Aunty on Twitter.

T 2735 – Prayers and fond remembrances for Shammi Aunty .. so dear to us as family .. lost to us today ..🙏
some early pictures as a young entrant to films .. and one with Nargis ji at an event ; Shammi Aunty's real name was also Nargis ! pic.twitter.com/pfgzd1Tff3

Jagga Jassos Box Office – Will it be a Flop?