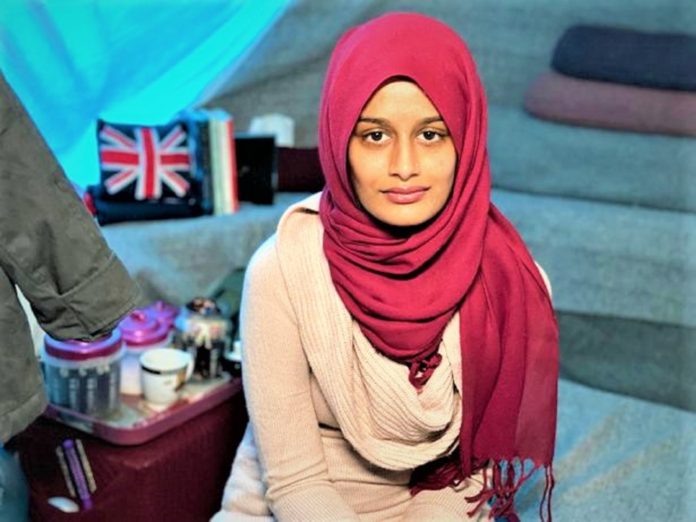 Shamima Begum would not return to the UK to pursue her legal claims. Her British Citizenship was revoked in 2019. She has then legally challenged the UK government for revoking her citizenship.

The UK government said that she is a national threat as she willingly joined the terrorist organization. However, the court of appeal in 2020 said for a fair chance she must be allowed to return to the UK to fight for her citizenship.

The Supreme Court today dismissed all the legal claims of Shamima Begum and dashed her hope to come to the UK. She currently lives in a refugee camp in Syria.

The Supreme Court unanimously allows all of the Home Secretary’s appeals and dismisses Ms. Begum’s cross-appeal.”

“The right to a fair hearing does not trump all other considerations, such as the safety of the public.

If a vital public interest makes it impossible for a case to be fairly heard then the courts cannot ordinarily hear it.

The appropriate response to the problem in the present case is for the deprivation hearing to be stayed – or postponed – until Ms. Begum is in a position to play an effective part in it without the safety of the public being compromised.

That is not a perfect solution, as it is not known how long it may be before that is possible.”

Addressing the public safety point of view of the government, Lord Reed said in the highest court of the UK,

“It is, of course, true that a deprivation decision may have serious consequences for the person in question: although she cannot be rendered stateless, the loss of her British citizenship may nevertheless have a profound effect upon her life, especially where her alternative nationality is one with which she has little real connection.

But the setting aside of the decision may also have serious consequences for the public interest.”

The Home Secretary’s office has welcomed the decision of the supreme court and said that the top priority of the government is to protect public safety.

The Jihadi Begum, Shamima, left the UK at the age of 15 in February 2015 along with her two friends, Kadiza Sultana, 16, and Amira Abase, 15. She boarded a flight from Gatwick Airport to Istanbul and then made her way to Raqqa, the de facto capital of the Islamic State.

Upon arrival, they married the foreign jihadis in the IS Camp. Shamima married, Dutch convert Yago Riedijk 10 days after reaching IS territory.

In 2017, news suggested that Kadiza Sultana died in the bombing. In 2019, Shamima was found in a refugee camp in Syria. It was found that two of her children died in the due course. She was nine months pregnant by that time and her newborn son died just after few weeks of birth.

In an interview, she confirmed that she did not regret what she has done. In fact, she went on to say that she was okay with the beheadings and executions of the IS as well. However, she wanted to come back to the UK.

Her citizenship however was revoked after that.

There were two arguments here. One, she made a mistake when young and must be allowed to come back from the substandard refugee camp.

However, isn’t that she has chosen in the first place. She has not shown much remorse for her action. It is rather, she has claimed that she has gone through trauma and must be allowed to come back. There is no clarity on whether she still has the IS mindset.

It is unfortunate that her decision to become a Jihadi Bride did not pay off. She was captured by the media in the refugee camp after the decision. She was wearing casuals and sunglasses. She did not interact with the media of course. However, it seems the road for the 21-year-old Shamima Begum to return to the UK is nearing the end.