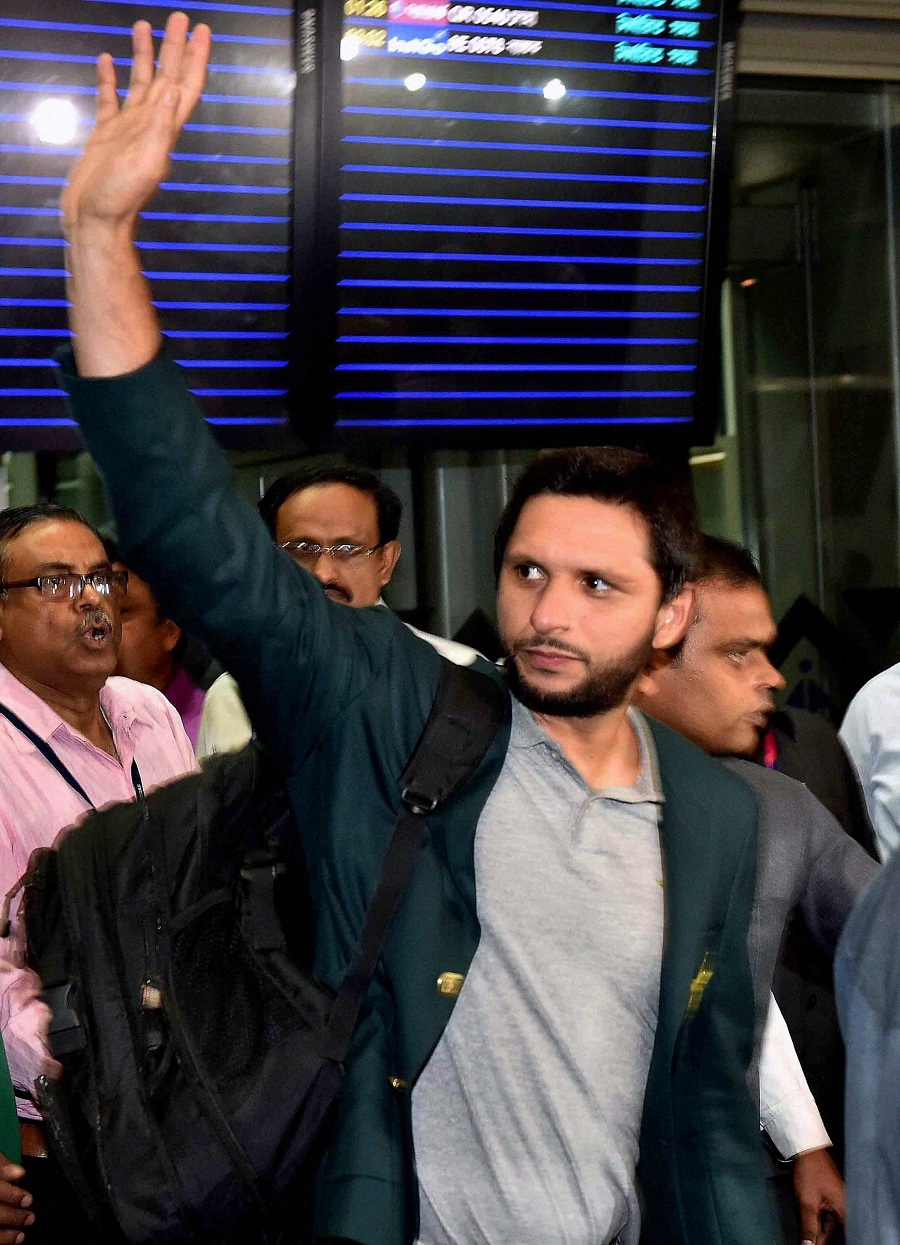 Shahid Afridi said something magical as the Pakistan team arrives in Kolkata to play the ICC World Cup T20. The Pakistan Skipper ensured that he never felt any security concerns in India and he is charged up to lead his team in the world cup. The Boom Boom Afridi who is very popular in India said he has received huge love from the Indian fans and he has some incredible memories associated with playing in India. He is one of the devastating batsmen in the world and said that he felt that he has not got better response than India even in Pakistan.

The former Pakistan Captain, Shoaib Malik shares the same views and said that he feels much secured in this country and has got huge love and respect from people. He however, went one step ahead and said that he is honored to be in India. The Pakistan Team came yesterday to India via Dubai after getting the permissions from the government. Shoaib said that as his wife is from India, he often needs to visit the country and every time he has found love and support. Both Shahid Afridi and Shoab Maik thanked the government for making this tournament possible. However, Shahid afirdi made no comments related to politics and urged that the politics should be kept aside.

Pakistan team has already arrived in India and they have been gleefully welcomed in the country. Pakistan is set to play India on 19th March in a big clash. It will be interesting to see whether Pakistan defeats India on any World Cup event. Pakistan came close to defeat India in 2007 twice including in the Final of the Inaugural World T20. This time it would be great chance for Pakistan to break the jinx.