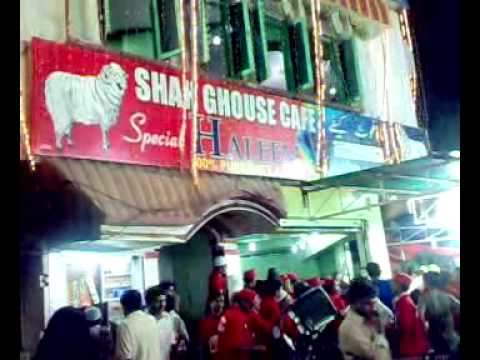 Shah Ghouse is one of the most popular restaurants in Hyderabad. The restaurant chain was first established in 1989 at the Old City and since then it has only grown in terms of profit, the number of branches and popularity. The demonization took a hit on the business of restaurants but not the Shah Ghouse. But something else just destroyed its business. Yes, the fun of a man almost deserted the business of this restaurant. Here is what happened.

A few days back, a WhatsApp message started circulating that said that the restaurant owner has been arrested by police after it was found that Dog’s meet was mixed in the popular Hyderabadi Biryani. There were images and mention of the Municipal officer as well. The message becomes viral. Many media news, published it with verifying the facts. Ironically, nothing as such happened. The News Minute, a Hyderabad based News Channel reported that the owner was not arrested and based on the reports, even a test was conducted only to find everything is fine.

What followed was shocking

Deserted business shocked the owner and he filed a complaint for spreading fake messages. The Police started an investigation and zeroed down an MBA Student who started circulating the message. He received a message with the image and a general message that dog meet is getting mixed. He changed the message and named Shah Ghose for fun.

The student has been arrested but the news hasn’t reached many yet. The business of Shah Ghose is still suffering and the owner hopes that his efforts of establishing the brand will not go waste.