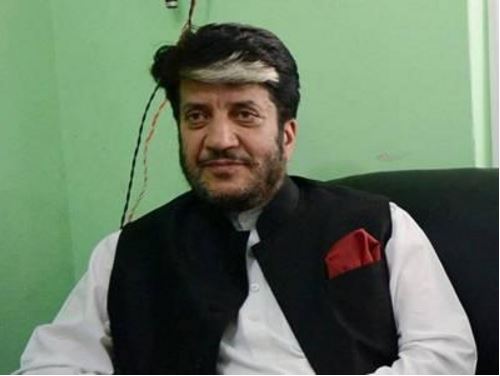 Shabir Shah one of the key Separatist leaders has been arrested from his house in Sanat Nagar, Srinagar for Terror Funding. The J&K Police arrested Shah for terror financing and handed him over to the Budgam Police Station. There are ranges of cases pending against him and he has been summoned many times. However, the leader of the Democratic Freedom Party has ignored the summons continued the separatist agenda. He is also one of the leaders in the Hurriyat Conference led by Geelani.

The Enforcement Directorate issued summon and directed J&K Police to arrest him. There are charges of hawala money and terror funding against him. He has allegedly accumulated a huge amount of money through various sources in Kashmir. It has been alleged that Shabir Shah has used a huge amount of money to incite violence all across the Jammu and Kashmir and supported terrorist activities. He was picked up on Tuesday at around 8 PM for Money laundering, terror funding, and other charges.

The link to the separatist leaders with the terror funding is not new. The latest chapter unfolded when a truck with loaded drugs was caught in Kashmir that came from Pakistan. The nexus between the Drug Mafia, Separatist leaders, terror and stone pelting were exposed. The ED has arrested eight separatist leaders from the region including Shabir Shah since then. It is expected that he would be taken to New Delhi for further questioning and actions.

The Kashmir Violence has now reached more than a year after the Terrorist Leader Burhan Wani was killed. The Hurriyat has time and again issued calendar to cripple Kashmir region. The stone pelters have targeted the Security forces to cover the terrorists in the region. Many terrorists have attacked the security forces including the J&K Police.

The experts believe that the crackdown may reduce the terror funding and the stone pelting funding in Kashmir. This may actually bring down the violence that started more than a year ago. The situation in Kashmir has however improved a lot since few days. However, continuous infiltration bids from Pakistan and POK, the cover firing and shelling of the Pakistani Army and cease fire violations by Pakistan have remained constant.

Pakistan Probe Team – Attack was staged; May Not Allow NIA...

Congress is out of ideas and plan – Rahul Gandhi destroying...

Ravindra Gaikwad Grounded Again – Time to realize Politicians are not...