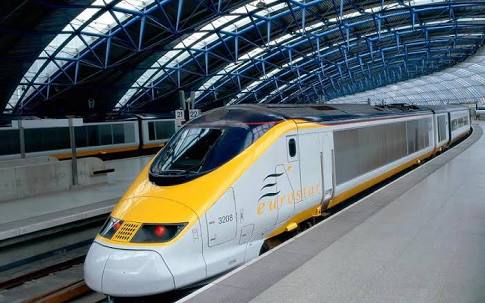 Second Bullet Train of India has been proposed by the Government of India. The next train route would be joining the National Capital with the Parliamentary Constituency of Prime Minister, Varanasi. The reports suggest that the proposed train route has been put forward in the wake of UP Assembly Elections where the BJP would like to gain an advantage. However, if the politics is disassociated from the project, then it may be the second Bullet Train of India after Mumbai and Ahmedabad.


The train will connect New Delhi and Varanasi in about 2 Hours 40 minutes. Presently, the distance is almost 10-14 hours. The train would follow the route of Aligarh, Agra, Lucknow and Varanasi. It will take around 1 hour 45 minutes to reach Lucknow. This should be a great project for the Indian Railways.


As per the reports, the project will cost 43,000 Crores and Spanish Company has already submitted the preliminary report. However, the final report is likely to be tabled at the end of the year. The first Bullet Train Project is likely to start operation from 2023. However, there have been no final deadlines for the same. The government is believed to be working out other plans as well as part of expanding the Bullet Trains in India.

Kalikho Pul Dead – But What is Mystery Behind Ex Arunachal...

Ram Rahim Convicted – Shocking Details of Riots by the Dera...