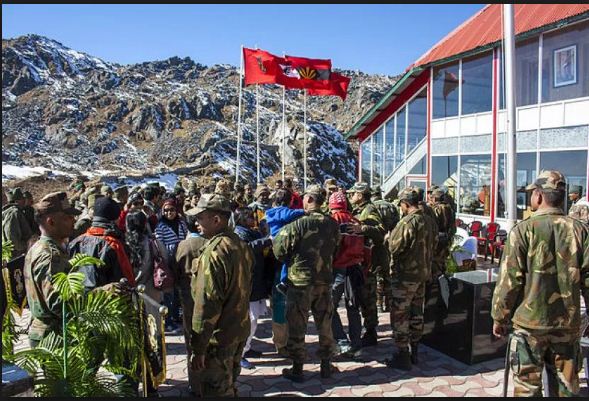 China claims Mars as part of the ancient Chinese history. The Foreign Ministry of China has issued a statement and said that unshakable PLA would soon start a mission to regain the lost land of China in Mars. As per the narratives of the Foreign Ministry, Mars was under the Chinese dynasty rule and it is time to retake the land. The PLA has even started live drills in zero gravity area of Tibet to flex its muscle.

The statement came from the foreign ministry of China to reaffirm the claim of Mars. The aggressive Chinese Media has also threatened everyone in the universe even the not yet found alien life of dire consequences if the Mars Mission of China is resisted. According to Chinese Media reports, many dynasties have ruled Mars in the past and couple of old and torn maps have been released by the ministry.

However, if the reports are to be believed then China has an even bigger plan for Mars. According to the new plan, the One Belt One Road would pass through Mars. China is also planning to invest heavily in Mars and Pakistan has agreed to bear the loan for the same. The all weather ally Pakistan has reiterated the claim of China over Mars and has ensured that they would take the loan for Mars development plan as part of the CPEC.

China has already promised to dump at least 100 tonnes of products at the Mars to ensure that there is significant Chinese influence from Day 1. Meanwhile, the ASEAN countries have formally lodged the complaint after China included the South China Sea as part of Mars. The Chinese Media said that as per an old map in possession of the country, once the South China Sea was directly aligned with Mars. The Mars was ruled by the Chinese dynasty at the time and with the same claim, the entire South China Sea becomes the property of the country.

Disclaimer: This is a Satire Post and is only intended for fun. There is no relevant and real data in the article. We hope it brought the smile on your face.