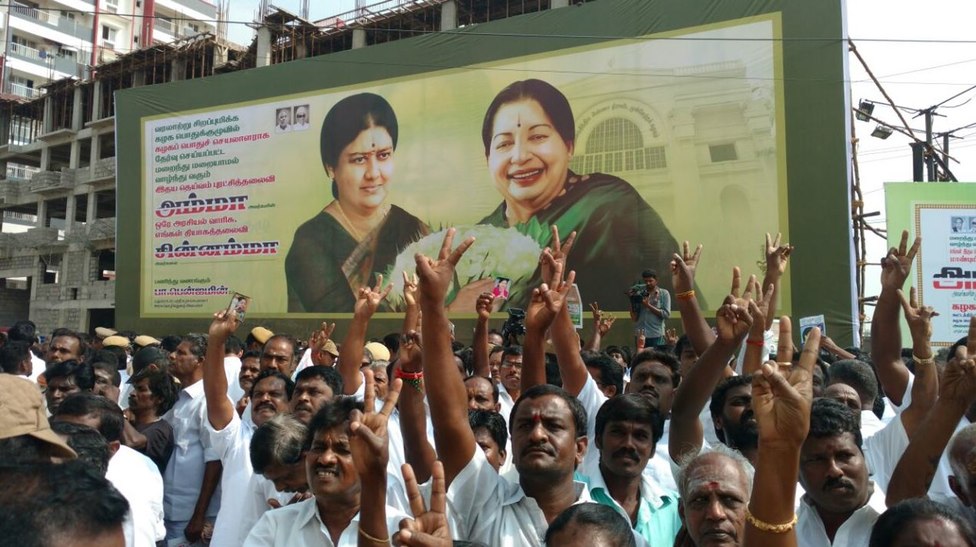 Sasikala for Chief Minister Chorus is not very new in Tamil Nadu. Right after the former Chief Minister J Jayalalithaa died, Sasikala, the aid of former CM became the centre of the AIADMK. She soon took over the party affairs and reports clearly say that the CM O Paneerselvam is just carrying out the orders of Chinamma, Sasikala.

Well, as the chorus sounds stronger in recent times, she is facing opposition as well. If the reports are to be believed then the former trusted advisors of Jayalalithaa are not in favour of the rise of Sasikala for Chief Minister. In the recent past, the major shakeup in the Advisor’s post give a clear hint to the plan of Sasikala Natrajan. Sheela Balakrishnan, Government Advisor, K N Venkatramanan and A Ramalingam, Secretaries to CM have been delivered marching orders. Even though the new CM has carried out the orders but it is believed all are being handled from the Poes Garden even after the death of Amma. Mr. Venkatramanan and Mr. Ramalingam were given orders in vacation.

The Government of Tamil Nadu is indicating major changes as the IAS officers were holding the positions for long time. However, as per the Times of India report, M Natarajan, husband of Sasikala is pushing for his friend A Paneerselvam, Retired IAS for the Special Duty post.

Well, the reports simply indicate that the major shake ups of the old trusted advisors of Amma and rise of Sasikala Natarajan for Chief Minister.